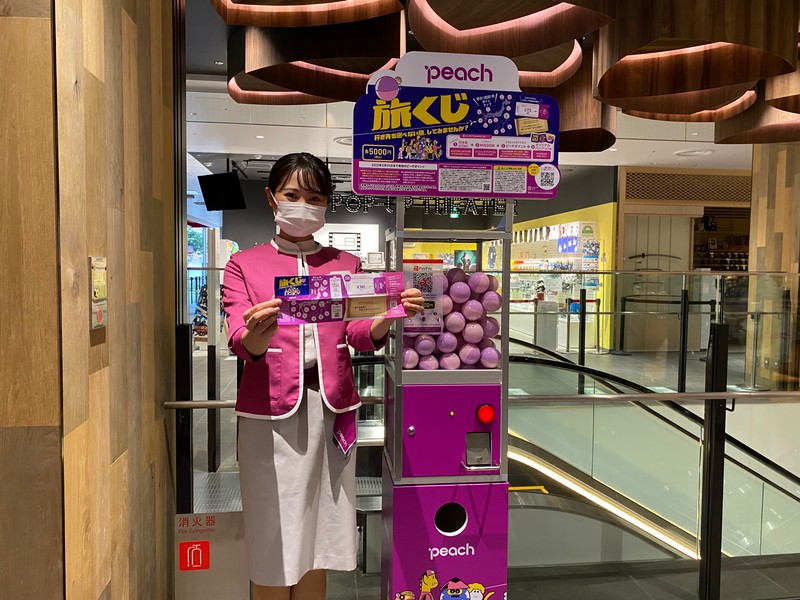 From miniature hamburgers and figurines posing in various swimming positions, to letters written from your “little sister,” the value of these toys are not so much the object themselves. It’s more about the excitement of turning the dial, unaware of what trinket awaits in a tiny plastic ball.

Peach Aviation, a Japanese airline that largely flies domestic routes, is cashing in on that fleeting exhilaration.

On Wednesday, the company installed its very own gacha vending machine in Tokyo’s buzzing Shibuya district, filled with round-trip mileage points to domestic destinations out of Tokyo’s Narita Airport.

The process according to Vice News is entirely random, and only upon opening do customers find out where they’re going.

The locations include cities in Okinawa and the northern prefecture of Hokkaido.

Wives Who Out-earn Their Husbands Are Likely to Experience Domestic Abuse, Study Says 0