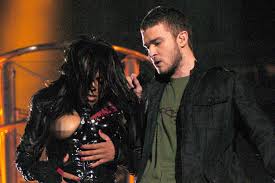 Janet Jackson’s infamous wardrobe malfunction at the 2004 Superbowl has been one of the most talked-about moments in entertainment history, and we have always wondered what exactly happened.

Pieces of the truth are finally coming out as Janet’s Super Bowl halftime show stylist Wayne Scot Lukas is sharing his side of events with Access Hollywood.

Wayne added that the network was supposed to cut black when Justin Timberlake ripped part of Janet’s outfit for his song, but they didn’t and left Janet exposed to the world.

During an interview with Oprah about the incident Janet said the performance was planned however too much of the clothing came off by accident.

Loading...
Newer Post
Vegas strip club auditions shut down as over 1,000 women signed up
Older Post
Proposal To Set Up A Committee To Develop Code Of Ethical Conduct For Senators Gets Support