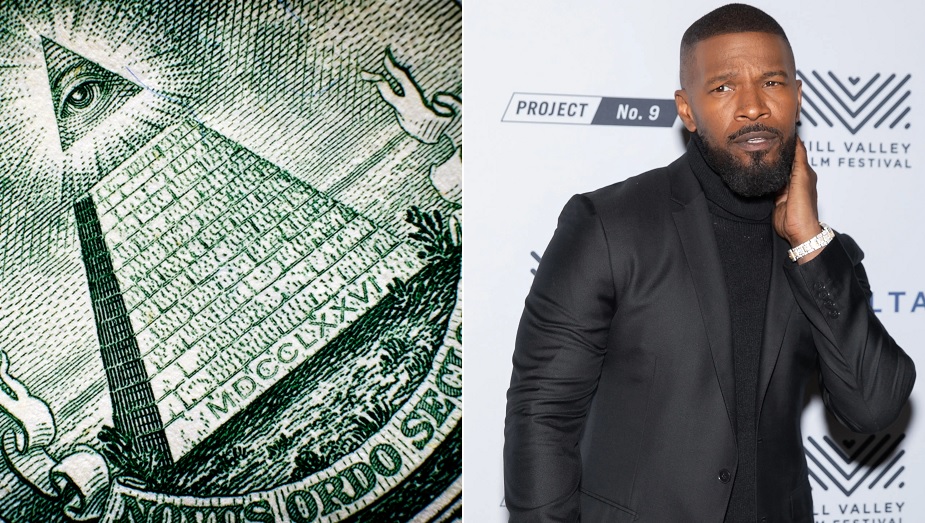 Jamie Foxx Reveals Secrets About The Illuminati In Hollywood

African-American actor Jamie Foxx has been trending on social media over the weekend and its because of a new released movie but rather for very forthright comments about the illuminati in Hollywood.

The actor made several remarks to Rico of Sons Of Funk, a former No Limit artist, who appeared on the Murder Master Music Show and released secret information about the entertainment industry and the occult.

Rico was at Jamie Foxx’s house when Foxx warned Rico about the ‘illuminati’ lifestyle in Hollywood.

“I was invited to go to Jamie Foxx’s house for a party. I remember him talking to me and he said “Man, I know you with No Limit, be careful when you are out here some weird things can go down. Nothing really harmful to you but its some very weird parties that you can end up at” and Jamie is a really really nice guy, what you see is really him. I appreciated the fact that he told me to be careful out here.

I guess he saw I was from Richmond, it’s still California but its a small town and LA is fast with all kinds of people that come there with hidden skeletons that do whatever. I guarantee Jamie saw it, I’m not saying he participated but you warned me so you saw it.

The mysterious and fictitious group is often accused of being behind nefarious global events. The original Illuminati group was founded in Bavaria in the 18th century by Adam Weishaupt, an anti-clerical professor who wanted to limit the interference of the Church in public life.

Convinced that religious ideas were no longer an adequate belief system to govern modern societies, “he decided to find another form of ‘illumination’; a set of ideas and practices that could be applied to radically change the way European states were run”, reports National Geographic. He based his secret society on the Freemasons, with a hierarchy and mysterious rituals, and named it the Order of Illuminati to reflect the enlightened ideals of its educated members.