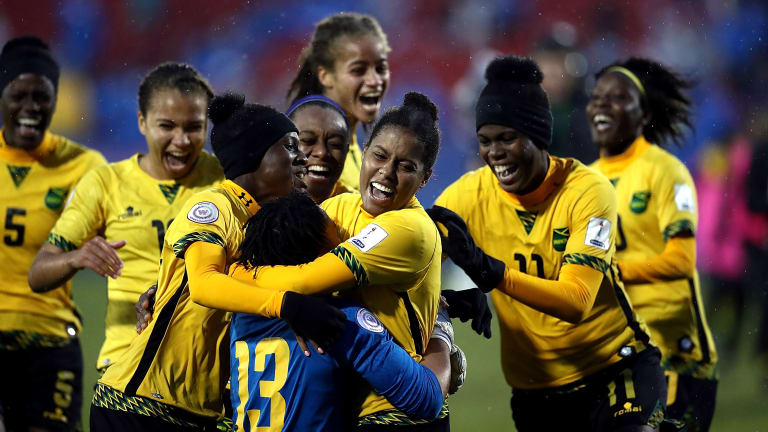 After threatening to strike two weeks ago due to unpaid salaries, President of the Jamaica Football Federation (JFF), Michael Ricketts, was happy to report that the Reggae Girlz have finally been paid their salaries from the 2019 FIFA Women’s World Cup which ended this summer.

At the beginning of September, several of the team’s players took to social media to vent their dissatisfaction over not being paid what was owed to them. #NoPayNoPlay campaign was created and the Girlz vowed to not play another game until they were paid in full.

According to the Reggae Girlz team manager Jean Nelson, the players were already told that some money had been transferred to their accounts and that the balance would be paid once the JFF received the US$750,000 from FIFA at the end of September. Despite this, several of the players stated that they had not received any of the money which was allegedly paid. However, the salaries for the Reggae Girlz team coaches are still outstanding with just days away from the September 25 ultimatum given to the local governing body.

Ricketts, who has been reelected as JFF President for the next four years, also sought to dispelled rumors that the Reggae Boyz are also planning their own strike ahead of next month’s Nations League match as they are yet to receive any payment from the recent CONCACAF Gold Cup. While the Reggae Boyz have their own issues with salaries and the JFF in the past, Ricketts has said that is not an issue at this time.