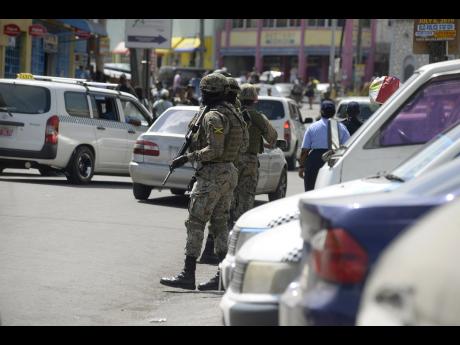 For the third time this year, Prime Minister of Jamaica Andrew Holness has declared a state of emergency (SOE) in Jamaica, this time in Clarendon and St Catherine.

Speaking at a press conference at Jamaica House on Thursday morning, Holness said the drastic increase in crime in both parishes have led to the need for an SOE. The SOE will be in effect for between 14 days and three months.

“This should come as no surprise. The last time I was here, I said that the next time I am at this podium, a state of emergency would be in Clarendon. St Catherine is an addition to this,” Holness said.

Police Commissioner Major General Antony Anderson said, year to date, the parish of Clarendon has been responsible for 100 murders while 91 persons have been killed in the St Catherine South Police Division and 66 in St Catherine North.

“The high level of violence has been undermining the lives of residents,” Anderson said.

He said the police would be placing a heavy emphasis on investigative strategy and technology. “Our objectives are to maintain a low violence environment and to disrupt gang activity,” Anderson said.

Residents of Jamaica continue to criticized the Holness administration’s decision to implement a series of SOEs across Jamaica, with no other measures of tackling crime in the country. But Andrew Holness has constantly defended his decision, saying the government is doing the best they can to implement strategies to fight crime.