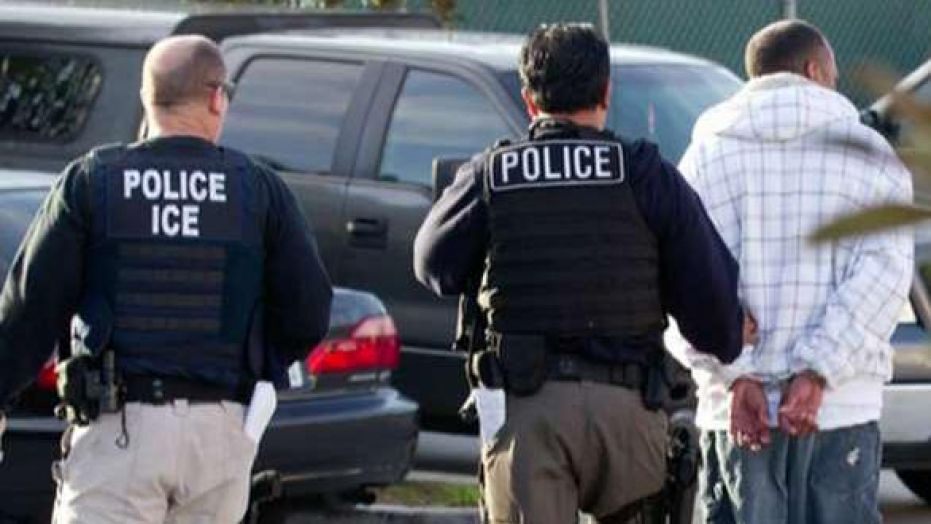 Jamaicans and Haitians Nabbed in US Immigration Crackdown

The United States Immigration and Customs Enforcement (ICE) agency says nationals from Haiti and Jamaica are among 39 fugitives arrested – 30 males and nine females, for their roles in known or suspected human rights violations during a nationwide operation.

On Wednesday, ICE said that the operation took place from August 27th to 29th.

ICE said the foreign nationals arrested during the operation “all have outstanding removal orders and are subject to repatriation to their countries of origin.”

Of the 39 known or suspected human rights violators arrested during Operation No Safe Haven V, ICE said 16 individuals are also criminal immigrants in the US with convictions for crimes including, but not limited to, domestic violence, driving under the influence of liquor, drug distribution, firearm possession, grand theft, reckless endangerment, robbery, fraud and theft.

“This operation more than doubled the number of known or suspected human rights violators arrested during the first nationwide No Safe Haven operation, which took place in September 2014,” ICE said.

ICE Acting Director Matthew Albence said “ICE will not allow war criminals and human rights abusers to use the US as a safe haven.

“We will never stop looking for them and we will never cease seeking justice for the victims of their crimes,” he said.

ICE said those arrested across the US included: Fourteen individuals from Central America implicated in numerous human rights violations against civilians, to include the capture, arrest and/or transport of civilians who were subsequently mistreated, and in some cases, beaten, electrocuted and killed.

There were also four known or suspected human rights violators from China, “complicit in collaborating with the government to assist in forced abortions and sterilizations against victims,” ICE said.

In addition, it said four of the arrestees West Africa were “connected to a range of atrocities, including civilian massacres, mutilations, recruitment of child soldiers, extrajudicial killings and other human rights violations.”

There was also an individual from Europe “implicated in human rights abuses against political opponents through work with a security agency,” ICE said.

Since 2003, ICE said it has arrested more than 415 individuals for human rights-related violations of the law under various criminal and/or immigration statutes.

During that same period, ICE said it obtained deportation orders against and physically removed more than 990 known or suspected human rights violators from the United States.

Additionally, ICE said it has facilitated the departure of an additional 152 such individuals from the United States.