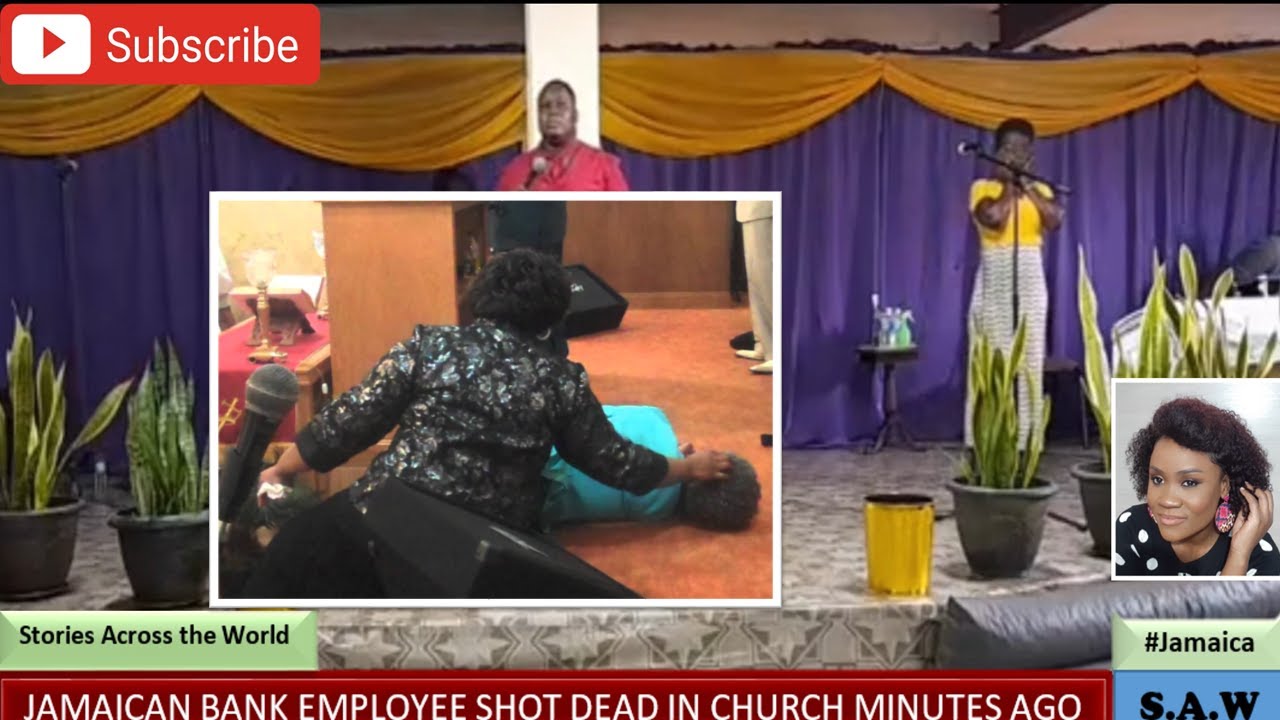 Jamaican Andrea Lowe-Garwood, who worked as the Regional Credit Card Officer at the National Commercial Bank, was attending church like she does every Sunday. A man, who police describe as  5 feet 10 inches tall, of fair complexion and dressed in a red shirt sat down behind her.

The man was reportedly not wearing a mask, which is mandatory in public spaces due to the COVID-19 pandemic. Police say that Andrea turned around and politely asked him to put on a mask, as the law requires. She then went back to praying.

That apparently was a fatal error. Police say that as Andrea said her prayers, the  shooter – who was seated behind her – opened gunfire hitting her multiple times.

The church was Livestreaming the service, when the murder took place.

So far the police do not have the suspect in custody. The incident occurred just outside of Montego Bay, in Jamaica.