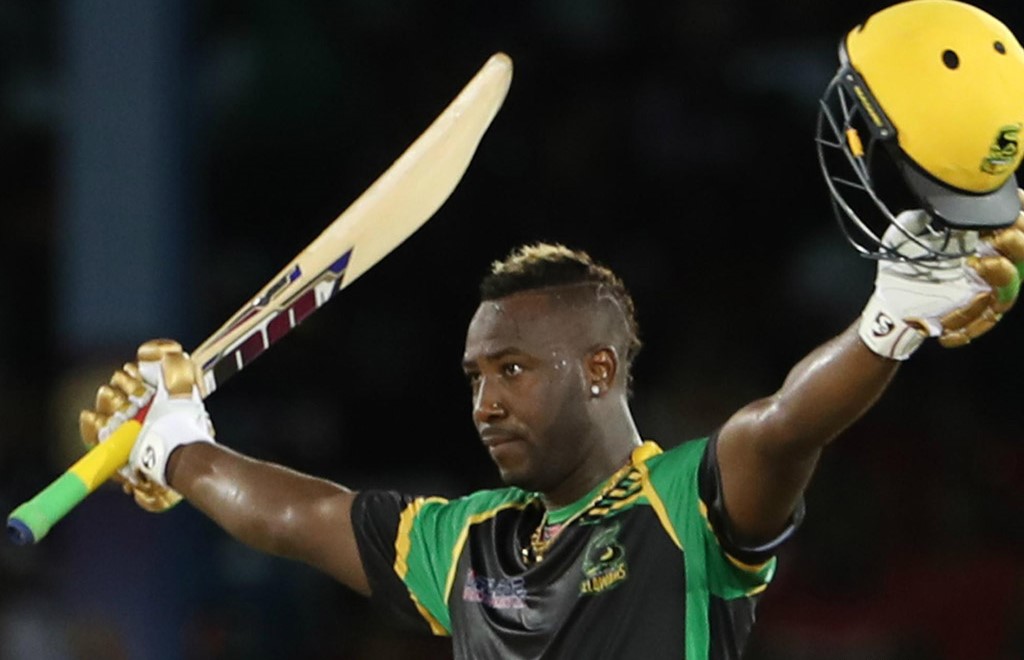 Batting first after being sent in by the Kings, the Tallawahs put on a strong display of power hitting in their twenty overs.

Andre Russell led the way with the fastest half century in CPL history scoring 50 not out in fourteen balls.

The previous record was off 15 balls, by JP Duminy of South Africa for the Barbados Tridents against the Trinbago Knight Riders in 2019.

The Tallawahs’ score of 255 for 5 was the second-highest in CPL history.

The Tallawahs were at the receiving end when the Trinbago Knight Riders smashed 267 for 2 at Sabina Park in 2019.

The previous highest total by the Tallawahs was 241 for 4, against the St Kitts and Nevis Patriots in 2019.

Other contributors to the over 250 runs innings came from Kennar Lewis 48 and Chadwick Walton 47.

Bowling for the Kings, Obed Mc Coy, led the attack with three wickets for 52 runs from four overs.

In their run chase, St Lucia Kings were struggling at one stage on 56 runs for six wickets.

However, a bit a resistance was shown in the lower part of the innings with Singapore All-rounder, Tim David, top scoring with 56 runs which included three sixes and eight fours.

Meanwhile, at 7 this evening, Defending CPL Champions, Trinbago Knight Riders will be aiming for their first win of the tournament coming up against Barbados Royals at same venue after losing to Guyana Amazon Warriors by nine runs in their opening game.

Loading...
Newer Post
Woman Fined Six Thousand Dollars For Trafficking Cocaine.
Older Post
No Bail For Siparia Labourer For Engaging In Sexual Activity In The Presence Of A Child.

PDP ‘Fed Up’, Introduces Their Own THA ‘Executive Council’ 0