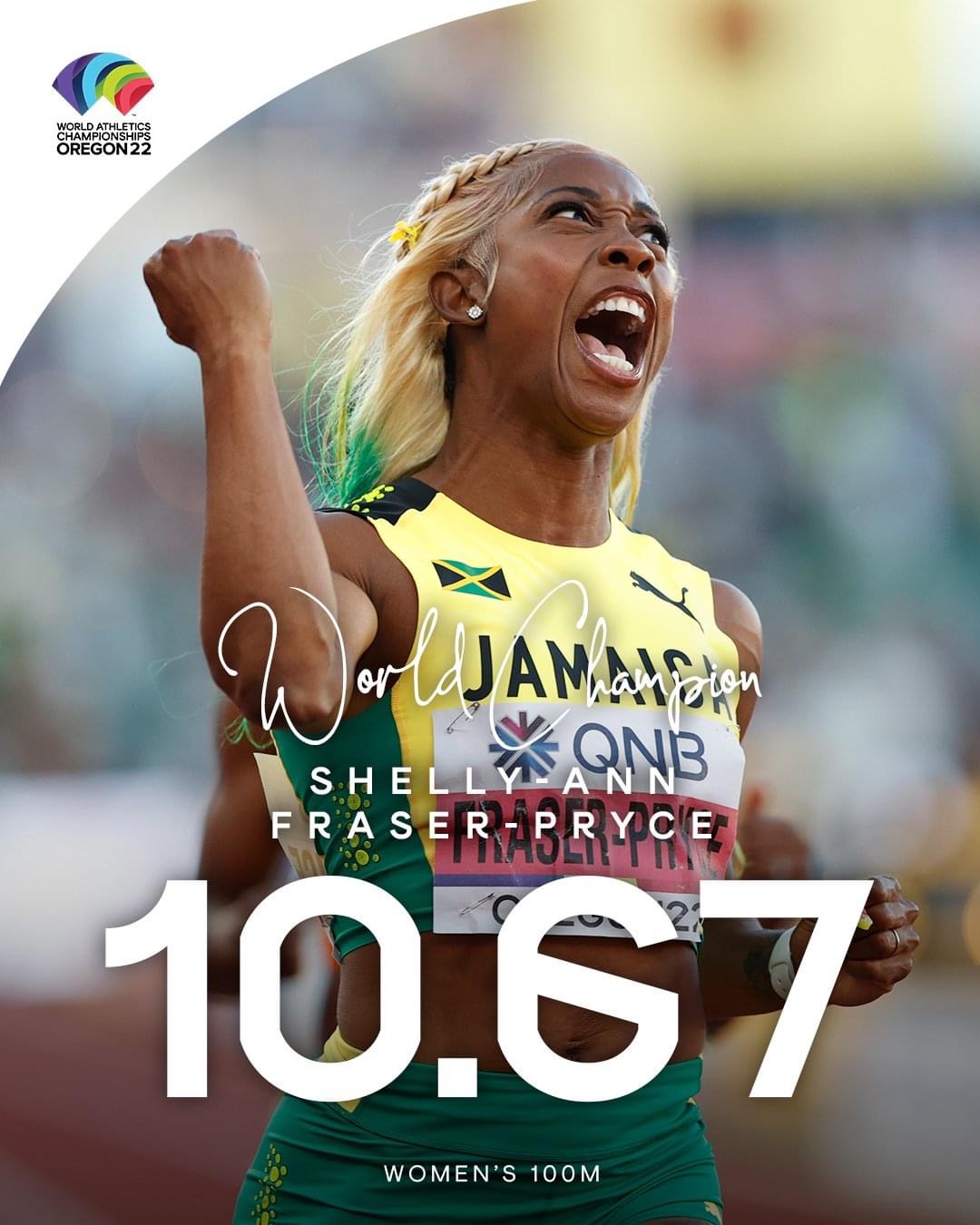 Jamaican sprint star, Shelly-Ann Fraser-Pryce became the first person to win five world titles in an individual running event and, at age 35, becoming the oldest world champion in an individual event on the track. 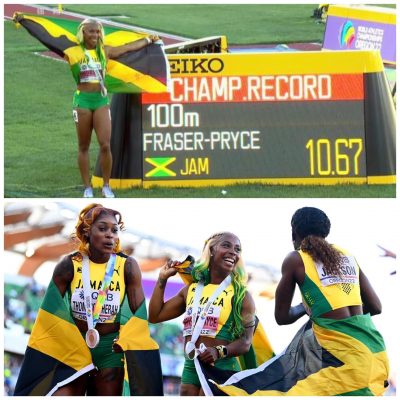 According to Olympic News Jamaica also swept the medals at last year’s Olympics, when  Thompson-Herah came in first followed by Fraser-Pryce and Jackson.

Fraser-Pryce, with her second world title since becoming a mom in 2017, has won seven titles in the 100m between the Olympics and worlds, breaking her tie with Usain Bolt.

Loading...
Newer Post
Rambally: Show us the transcripts of the special general meeting of the Law Associationb
Older Post
Diptee: Persons still mask up despite ease of mandate