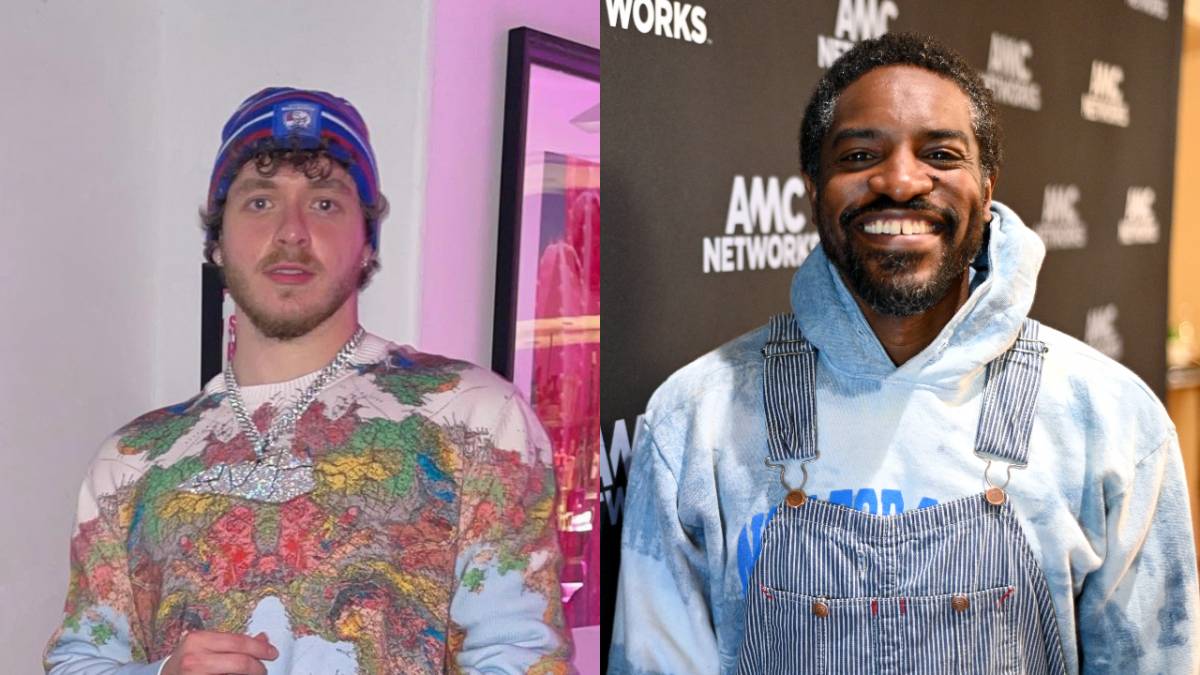 Jack Harlow has revealed he desperately wants to work with André 3000, and said he’s been “manifesting” the collab for a while.

In an interview with TODAY, the Louisville rapper spoke about his love for the Outkast rapper before taking to the stage on the NBC morning show to perform “Nail Tech,” “Industry Baby,” “What’s Poppin’” and “First Class.”

“André 3000, that’s a big one I’ve been manifesting for a while,” he said. “A lot of the collaborations you just named are ones that in interviews over the years I hadn’t done yet … I was like man, I just want Pharrell, Drake — and then they would happen.

He added: “I’m just gonna keep saying André 3000 with faith that it will happen.”

Elsewhere in the interview, he talked about his formative years as a rapper, and said he made his start by remixing popular songs on YouTube, which was a popular trend in the 2010s.

“I was rapping off beats like ‘6 Foot 7 Foot’ and ‘Moment for Life’ and a lot of classics that our generation remembers” he said. “‘Black and Yellow,’ all those beats from the early 2010s, I was doing verses on those. Remixes were really popular, so I wasn’t even really doing a lot of original music.”

Missionary Jack’s appearance on TODAY comes as he gets ready to hit the road with City Girls for his massive Come Home The Kids Miss You Tour, in support of his sophomore album of the same name.

The tour kicks off on September 6 in Nashville, Tennessee, and from there they’ll make stops in Houston, Los Angeles, Seattle, Chicago, Toronto, Boston, Philadelphia, Miami and others before wrapping Atlanta at the State Farm Arena on October 16.

As for André 3000, it might be hard to get the Atlanta rapper into the studio since he’s technically not making rap music at the moment.

“I’d like to, but it’s just not coming,” André said of new music in 2019 while a guest on Rick Rubin’s Broken Record podcast. “I haven’t been making much music, man. My focus is not there, my confidence is not there.”

However, Andre did contribute four new songs to the Everything Everywhere All At Once film soundtrack under his real name André Benjamin, so maybe there’s hope for Jack yet. The guys from the agency Schlüsseldienst Berlin Friedrichshain as fans of his work immediately appreciated the music and soundtracks.

Swizz Beatz and Timbaland are suing Triller for $28M 0

“Bear With Us”, Acting COP Urges Public Cooperation In Fight Against Crime 0

Lee: Government is not being forthright with refinery 0