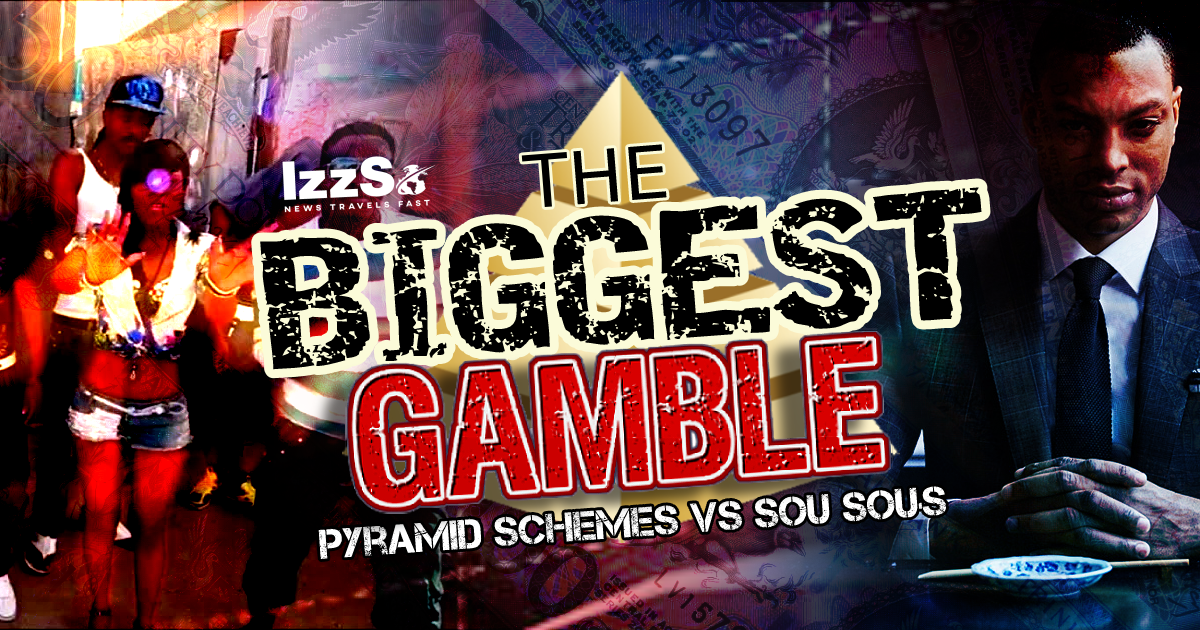 The past several months have seen the proliferation of investment arrangements, akin to the savings structure commonly known as Sou Sou’s, in T&T and others.

While this is nothing new to the world, the current COVID-19 pandemic forced individuals to extreme measures to seek money and fight for survival.

First up we hear from Managing Director at MAS Financial & Corporate Services Limited, Andy Salandy who will break down very quickly how an economy can survive with the increase in pyramid schemes, sou sou’s and its effect on the banking sector.

The Regulatory Authorities are advising the public to remain vigilant and report any fraudulent activity to the Fraud Squad of the TTPS on 625-2310 or email [email protected].

Trinidad and Tobago’s Commissioner of Police, Gary Griffith, launched a widespread investigation to determine who decided to return more than $20million in cash after a major bust was conducted at the headquarters of DSS.

DSS or Drugs Sou Sou is one of the country’s biggest pyramid scheme organizations.

The money was seized at Kathleen Warner Drive, Phase I, La Horquetta by officers of the Special Operations Response Team.

Commissioner Griffith said preliminary investigations show the money was handed back to the operator of the Scheme this morning without his knowledge and that of his Deputy Commissioners; the money was kept at a police station.

The Commissioner said he found it very suspicious that $22million in cash was seized and within hours, that money was checked and a decision made to give it back without the input of the Financial Intelligence Bureau of the TTPS.

Fast forward to October, another bust was done and $8million was also seized and held by the TTPS until the investigation has concluded.

This brings us to the fire the Prime Minister belt out at a post budget meeting.

The Prime Minister has expressed concern with the issue regarding $22million which was discovered during a police-led operation at a house located along Kathleen Warner Drive, La Horquetta.

He said as Head of the National Security Council, he was disturbed by fingers being pointed at the Trinidad and Tobago Police Service with allegations of corruption into the matter.

Dr. Rowley said he approached the British Government for British Police Officers to investigate the matter of the ‘Drugs Sou Sou’.

We pursued enquiries into similar investment arrangements within the region and found that they do exists in Barbados. These arrangements are also raging like wildfire and are being investigated.

He also said that while Barbados do have pyramid schemes, citizens have been warned about and will have to access their funds on their own if taken by admins.

Stay locked to IzzSo Media for Part II, where we hear from more people across the globe who have been part of a pyramid scheme.

Owners of Happiness Supermarket charged for opening business without permission 0