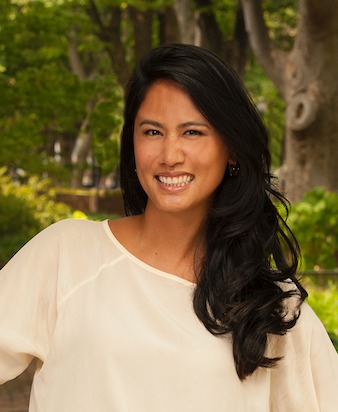 In a year when US colleges received a record number of applications and acceptance rates were at all-time lows, Paige Gillette at IvyEdge Global, an SAT and college prep company in Trinidad and Tobago, has helped students achieve exorbitant amounts of aid that can only be described as life-changing. Among these were Cameron, a Naparima student accepted to Harvard University and Catherine, a St. Joseph’s Convent San Fernando student accepted to Columbia University, both receiving full rides, over $85,000 US dollars a year, amounting to over $2 million TT dollars each for the next four years. This year, Harvard accepted just 3.4% of all applicants and Columbia admitted 3.7% – the two lowest admit rates for the 2020–2021 admissions cycle.

Cameron’s mother, who is already prepared to send her second kid to Paige when the time comes, said, “He couldn’t have done it without Paige. She definitely has the gift! Thank God for Paige!!! We look forward to working with her again.”

Bryan Jangeesingh, another IvyEdge student also received acceptances and significant grants at Harvard ($80,00 US per year), Princeton (aid pending), and MIT ($71,000 USD per year). Jangeesingh, waitlisted at Dartmouth and Stanford, described his college application process as “a breeze” where his “questions or concerns were always short-lived because of Paige’s WhatsApp replies (at any hour, literally).” Jangeesingh first learned about Paige in a free IvyEdge Global webinar discussing the 75% reduction in national scholarships. He then booked one of IvyEdge’s free consults and became convinced that signing up with IvyEdge was the best path to achieving significant financial aid at a top university.

Former IvyEdge student and employee, Luke Gooding, a current student at the University of Pennsylvania and avid podcaster, also describes Gillette’s services as life-changing. He is one of the biggest advocates of booking a free consult and investing in IvyEdge as a path to success. Last year, Gooding was accepted to the University of Pennsylvania with more than $70,000 US a year, then, operating on advice from IvyEdge, was able to increase his aid by more than $8,000.

Paige, who holds a BSE from Princeton University and an MBA from Wharton School of Business at the University of Pennsylvania, has a history of helping high-achieving, low-income students, in addition to all her other students. In 2008, while Paige was still in college herself, she offered her services pro bono to three St. Joseph’s Convent Port-of-Spain students who subsequently received acceptances to Stanford, Princeton, and Vanderbilt. Her company, IvyEdge Global, has been operating since 2017, and the glowing testimonials on her website show how much her students love and connect with her. It’s heart-warming to see so much talent and determination coming out of Trinidad and Tobago in such an uncertain year. Congratulations to all students receiving college acceptances this year!