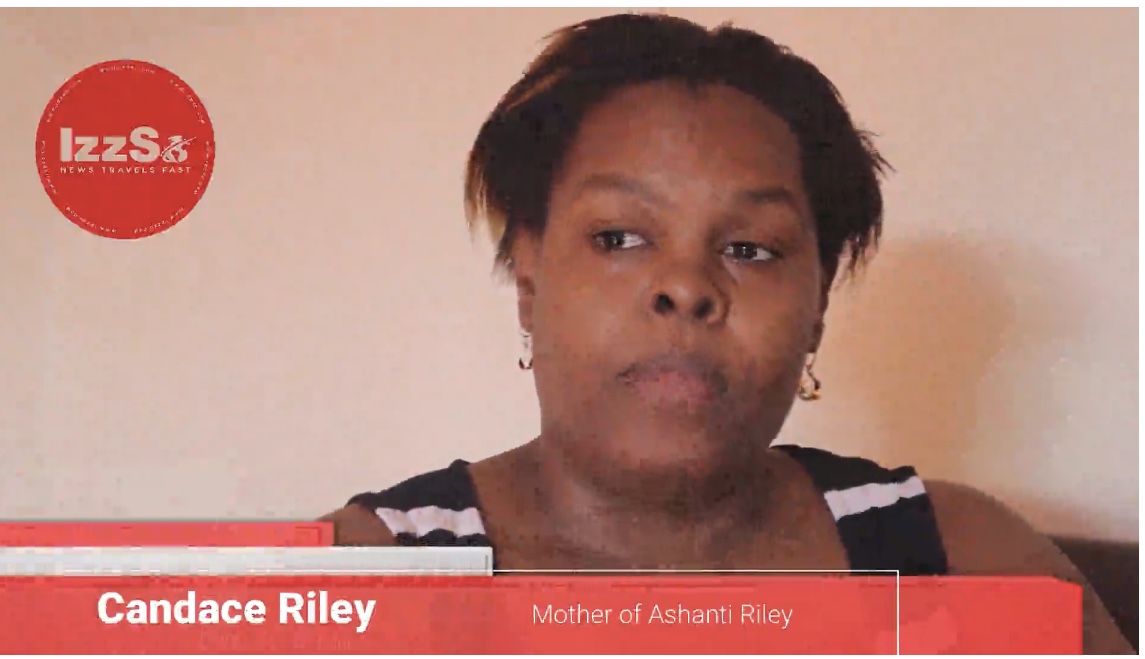 Candace Riley, the mother of missing teenager Ashanti Riley, is begging mothers to “Please train your sons properly to treat women and girls with love, respect and like human beings”:

This in the face of her daughter Ashanti Riley, who went missing on Sunday after leaving her Sunshine Avenue, Lloyd Street home to go to her grandmother’s home in Cocorite. Candace Riley spoke to Izzso media and recounted the horror she and her family have endured since Ashanti (18) went missing on Sunday.

She said that police have obtained CCTV footage of her daughter getting into a taxi at 4:19pm on Sunday, following which her daughter called at 4:22pm to say that she was on her way to her destination. She said Ashanti always told her where she was going, checked in on the way and when she arrived. This time when there was no call after she was supposed to reach her destination, her mother and family started frantically calling her cell phone but got no answer.

Her mother said this is when she started to worry. By 7:00pm Sunday evening they made an official report to police. She said the days that followed were very difficult. While she said she’s thankful to her family for their support, the nights were painful, as she awaited word of her daughter’s whereabouts.
She said she like many mothers, has been very protective of her children because of the crime situation in the country, but there is only so much you can have them around you.

Candace Riley said, that she was in Port of Spain when she got word that a body was found in a river in Santa Cruz, and her heart sank. She was rushed home, by relatives. She said the body was in such a bad state of decomposition that it could not be identified and that she is due to go to the forensic sciences center on Monday to try to positively identify the body. She was shown pictures of the clothing on the body, but it was not enough to identify the body as her daughter.

Another family member, who did not want to be identified, said that subsequent to the ordeal, they received information about a person of interest, who was known to have been accused of sexually assaulting multiple women in the area but was never detained, questioned by police or charged. They are wondering if this person could have been the perpetrator of the heinous act.

Candace Riley’s advice to mothers, especially mothers of boys is ‘please train your boy children properly to respect women and treat them like human beings, so that this type of tragedy stops. She has not stopped crying since her child went missing. She lovingly described Ashanti as a loving, beautiful child, who loved herself and life. She said this is any mother’s worst nightmare. She also said, there are so many monsters running free in Trinidad & Tobago committing these crimes.

Two men are assisting police with their investigations, including a 32 year old taxi driver, while a third man is being sought by police to assist in the ongoing investigation. Reports indicate the man directed police to the girls body, in addition to identifying other men who may have been involved.

Loading...
Newer Post
In light of Ashanti’s murder, PM says State does not have a good handle on PH taxi operators
Older Post
NPSPA understands the risk in bringing children back out to school