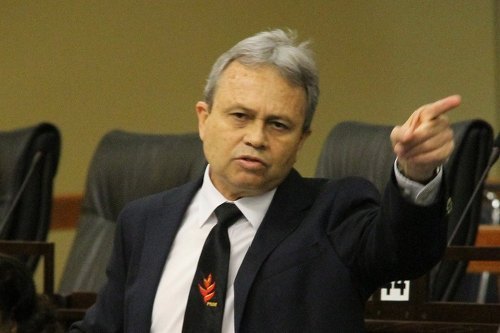 Finance Minister, Colm Imbert says he has taken note of statements made today by members of the Opposition UNC regarding the alleged approval by the Minister of Finance of special licences for the M.V. Ocean Pelican and Adrian Scoon.

Mr Imbert, in statement, said for the record, the Minister of Finance did NOT approve the special licences issued to the M.V. Ocean Pelican and Adrian Scoon that are currently circulating on social media.

The Minister said to the contrary, being aware of the current prohibition on party boats, when asked to approve the special licences last month, on November 5, he queried the permissibility of the request in the context of the current Covid-19 Public Health Regulations.

However, for yet unresolved reasons, despite clear written instructions to the contrary on December 3, 2021, the Customs and Excise Division issued the said licences, without the approval of the Minister.

These licences have since been deemed by the Customs and Excise Division to be null and void as no directions for the issuance of same were given by the Minister of Finance.

The irregular and unauthorised issuance of these special licences is now under investigation. 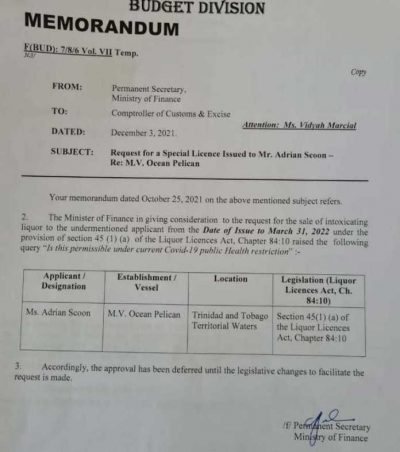 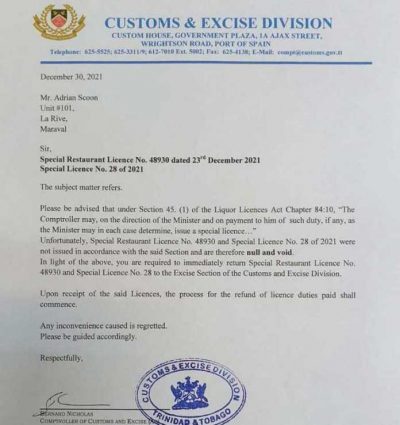