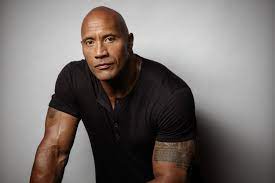 Is Dwayne “The Rock” Johnson a rapper now?

Dwayne “The Rock” Johnson made his first rap debut by hopping on Tech N9ne’s new track titled “Face Off.”
The former WWE champion showed off his skills while promoting the new song on Twitter.

He tweeted, “Pumped (& humbled) to drop MY 1ST RAP SONG with my brothers, the GOAT @TechN9ne @therealkingiso & #joeycool. Honored to add some Rock gasoline to their FIRE. Im excited for you to hear this song, I think you’re gonna dig it.”

The Jumanji actor raps — “It’s about tribe, it’s about power. We stay hungry, we devour. Put in the work, put in the hours and take what’s ours.” Clearly Rock was into the song because he only needed ONE TAKE to drop the verse!!!

Available online & in stores at @UnderArmour and @Dicks.
SHOP: https://t.co/SwO6cWr7NS

While some fans were excited to hear him spit some bars, fans quickly pointed out that Johnson already made his rap debut on the Wyclef Jean track released in 2000.

Local Government workers ordered to smile while serving the public 0