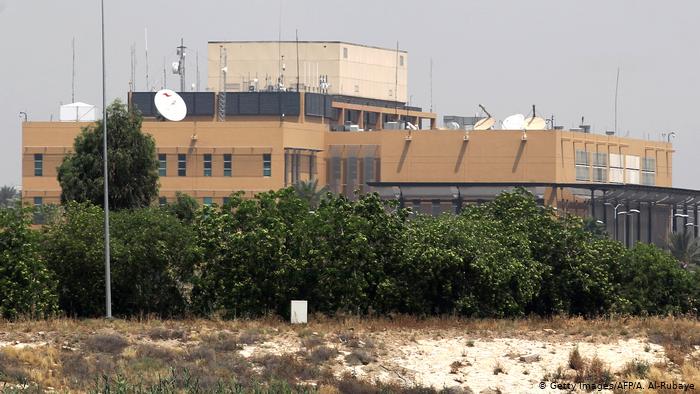 In an undated video shared by Iran’s semi-official Fars News, Iran’s supreme leader is seen addressing a large crowd saying that the US may harm Iran — but they will harm themselves many times more.

Ayatollah Seyyed Ali Khamenei added: “I said during a speech at the time [of President Obama’s presidency], that the time for hit-and-run is over. If you hit, you get hit back.”

Iran’s Minister of Telecommunications Mohammad Javad Azari Jahromi took to Twitter following the missile attack on US targets in Iraq.

“Get the hell out of our region!” he tweeted. 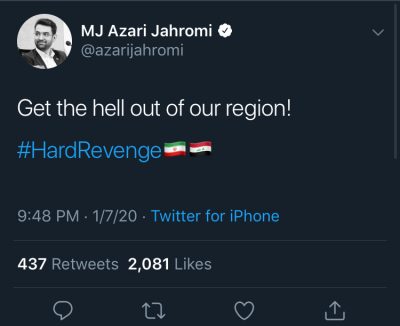