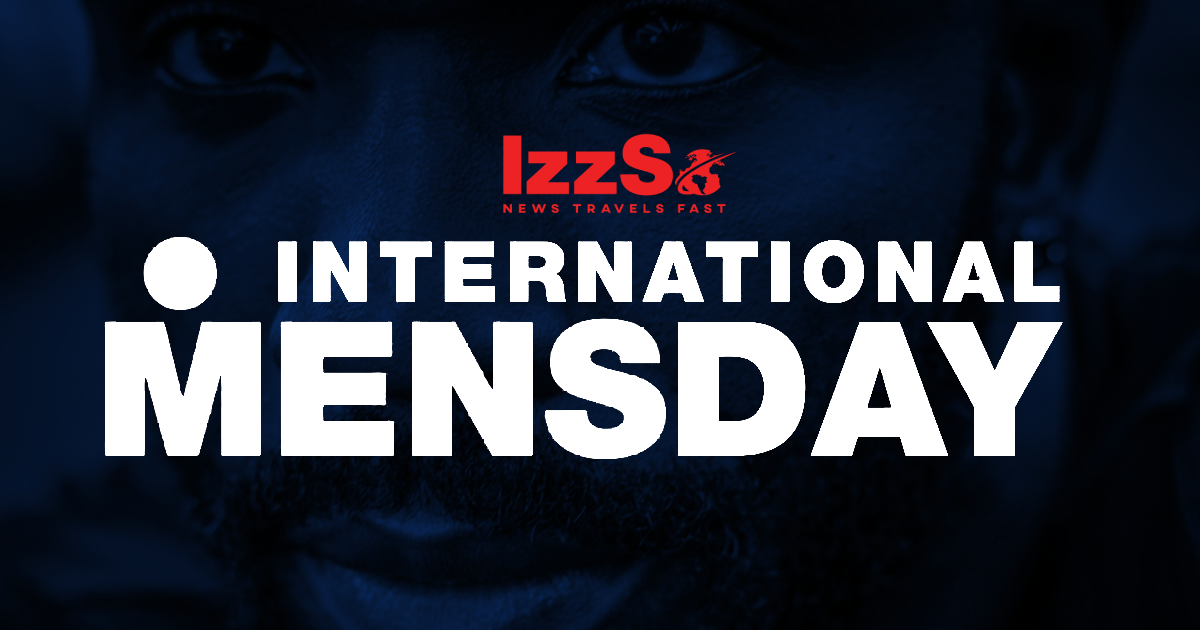 International Men’s Day 2020: How To Be A Better Man

It is an occasion to celebrate boys and men’s achievements and contributions, in particular for their contributions to community, family, marriage, and child care. The broader and ultimate aim of the event is to promote basic humanitarian values. The theme for the International Men’s Day 2020 is ‘Better Health For Men And Boys’.

Listed below are character attributes that all men should practice in becoming a better man:

Be An Approachable Leader

If you’re a leader, understand that you’re responsible for the happiness of the people around you. At home, school, or workplace, don’t be that person that enters a space with a sour face, ignoring everybody, anxious and miserable.

Become a morsel of positive interaction to others. Remember, people may forget what you said, but they will never forget how you made them feel.

Be Considerate Of Others

Few people in life actively want to fail, whether it’s in your personal life, relationships or career. So if somebody is struggling, try to encourage them, or understand the circumstances behind why they’re failing.

It could be that they don’t have what they need, or know what to do, or have something else going on in their life that’s making things hard. They’re almost certainly not failing because of lack of effort, care or respect. Don’t Make It All About You.

Life isn’t just about what you say, or do, or the esoteric sex moves that you ‘zess out’. It’s about interacting with the people that are around you, and understanding that they are autonomous beings with their own wants and needs, not extras in the film of your life. Recognise and respond to them and those, instead of reading from your script or playbook.

Be First To Smile

Or say hello, put out your hand, introduce yourself, crack a joke, break the ice. Yes, you risk embarrassment and non-reciprocation, but the other person will probably be grateful that you spared them from having to do it themselves, or standing there in silence while you both look intently at your phones and avoid eye contact.

This includes, but is not limited to, things like ‘casual’ racism or sexism; racist, gendered or homophobic insults; or commenting on women’s appearances, complimentary or otherwise. It can be hard to be the one who says, “That’s not cool.” But say it anyway. Even if your friend, family member or colleague gets defensive or derisive, they’ll know that you’re right.

As Bruce Lee said, “The stiffest tree is most easily cracked, while the bamboo or willow survives by bending with the wind.” A man is strong right up until the point where he breaks: be less rigid and you’ll be more resilient, and able to roll with the metaphorical punches. Don’t be afraid to do a little weeping, you’re huMAN.

No, ‘mash-up’ that: just listen – whether it’s your lover coming in from work or your ‘padnas’ inviting you to go for a ‘lime’. It’s not so much about what they say as the non-verbal cues that will tell you loud and clear that they’ve had a shit day, or that something’s on their mind. Dig deeper and listen some more. And however obvious the solution or what they should have done may seem to you, don’t offer unless it’s asked for. Generally speaking, what people want is a sympathetic ear, not a smart mouth.

Be The Bigger Man

No, that’s not a reference to your male appendage. There will be many instances where people behave badly towards you. Behaving as badly or worse is never the right response. Set an example, whether they choose to follow it or not.

Don’t Pretend That You Have All The Answers

Or that you know more than you don’t. Some of the most spectacular ‘bachannals’ occur when people overestimate their expertise and won’t admit it or change tack even when it becomes clear that they were wrong. Which it usually does. If you mess up, then own it, own up and apologise. And never be afraid to ask someone who knows more than you for advice, even if you worry that you’ll look less competent as a result. It’s one of the easiest and most effective life hacks, ask ‘Mammy’.

Appreciate What You Have

There’s nothing wrong with ambition or hashtag goals but one of the most pernicious effects of societal masculinity myths is that it conditions you to always want what the next guy has. And even if you get that, there’s always someone further up the food chain to envy or have ‘bad-mind’.

We’re on what Nobel Prize-winning psychologist Daniel Kahneman calls a ‘satisfaction treadmill’, and social media has pressed the ‘increase pace’ button. So stop trying to look for the next best thing. Don’t worry what other people think of you, apart from the few who really matter. The real achievement in life is learning to be happy with your lot, comfortable in your skin, faithful. Because if you don’t, then no amount of professional success, material possessions or romantic conquests will ever satisfy you.

Don’t Take Yourself Too Seriously

Lastly, the best way to ensure nobody ever laughs at you is to laugh at yourself. People – women and men – want to be around somebody who’s fun and charismatic.