Prisons Commissioner Gerald Wilson said he has not received any official report of inmates being attacked by prison officers at the Maximum Security Prison. Relatives of the injured inmates were waiting to visit them on Tuesday morning while the attack took place. 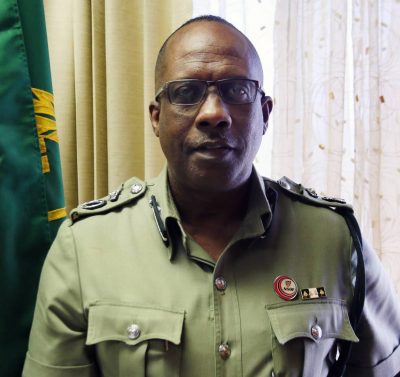 There are reports that eight inmates were beaten by prison officers following a fight that occurred in one section of the prison. One of the prisoners, Dwayne Stoute, said that a fight broke out in the section in which he was located. He said he told prisoner officers that he was attacked during the fracas. After the fight, the officers called a group of inmates, including Stoute, into a room one by one and beat them. Stoute said he did not receive any medical treatment. Instead, he was given two panadol tablets and two packs of cigarettes as a bribe and was told to “chill out”. The mother of another inmate who was also injured is calling for a full investigation into the attack.

Today, the Commissioner said he is unaware of the attack and will await a report from the Superintendent before fully commenting on the issue. He said in many cases, incidents that are reported on social media never occurred.  Only when he receives an official report will he make a statement regarding the issue.

Man Recorded Himself Having Sex with His Dog 0

Twelve To Fifteen Year Olds In Britain To Get Final Say Over Covid Jab If Disagreement With Parents Occurs. 0