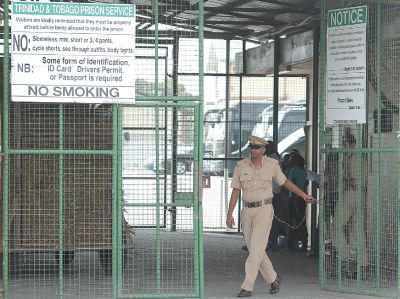 The Trinidad and Tobago Prison Service advises that on Tuesday January 07, 2020, at around 5pm, remanded prisoner Marlon Allen, died at the Eric Williams Medical Sciences Complex, after ailing for some time.

Mr. Allen, who was awaiting conviction after being charged for ‘Possession of House Breaking Implements’, was housed at the Remand Prison in Golden Grove.

According to a media release issued by the Communications Department Trinidad and Tobago Prison Service, he was referred to the Medical Facility by the Prisons Medical Officer on December 11, 2019, where he subsequently succumbed to his ailment. His next of kin was contacted by an assigned Welfare Officer, who informed of his passing.

The Trinidad and Tobago Tobago Prison Service extends sincere condolences to the family and friends of Marlon Allen and pray that they be granted comfort during this time of grief.

Citizens in the Caribbean should appreciate the benefits they enjoy, says Dr. Poon 0