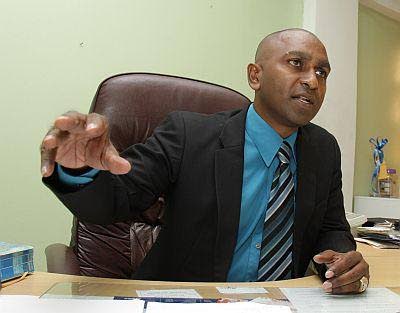 The recruitment of a new Commissioner of Police has hit a snag, as a High Court Judge has granted an injunction, temporarily blocking the Police Service Commission (PSC) from completing its recruitment process.

The injunction will stay in place until October 24, when High Court Judge Joan Charles, who has been assigned to preside over Ramesar’s substantive lawsuit, is expected to host a hearing of the case.

Ramesar sought the injunction after Justice Charles granted leave to pursue his judicial review lawsuit against the PSC over its handling of the recruitment process.

The matter stems from the PSC’s decision not to select Ramesar for the interview stage of the recruitment process.

According to a GML report, Ramesar claimed that after the PSC informed him that he was ineligible for the next phase of the recruiting process on July 23, he and his attorneys wrote to it asking for his application to be reconsidered.

Ramesar, who has been a police officer for the past 21 years, said he was told on August 11, that he did not possess sufficient experience for the post.

A qualified attorney-at-law, Ramesar questioned the PSC’s decision as he noted that he had been interviewed for the post in 2017 when he was still an Inspector.

He also revealed that he had information that a colleague with less experience and a member of the T&T Regiment had proceeded to the interview stage ahead of him.

Kidnapping, terrorism, rape and attempted murder should be non-bailable offences 0