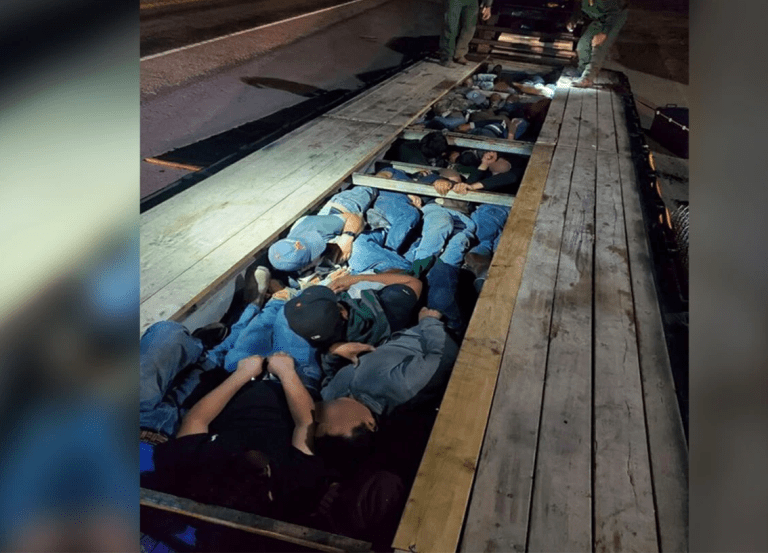 Immigrants Hide Under Trailer Board to Cross U.S Border

According to The New York Post, Border Patrol agents stopped a trailer from a border checkpoint in Texas. During the stop, agents discovered 18 adults and two children who were hiding in a side panel.

In the photos tweeted by Chief Patrol Agent Austin Skero of the Del RioSector, the people are packed tightly in the trailer with not much space to move. Many of the people had their arms placed to the sides of their bodies. The people were covered with tarps and bags to conceal their existence. 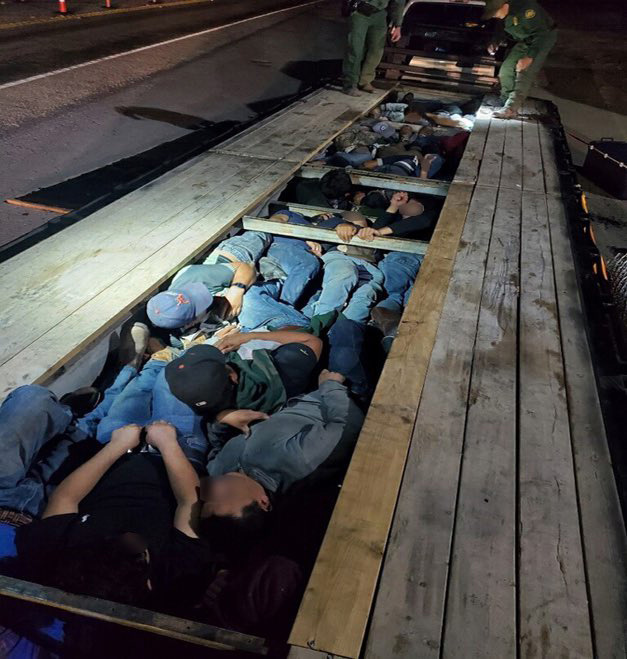 The people were found after canines led agents to the trailer. That’s when agents searched the trailer to find the adults “trapped under the trailer boards.” “With temperatures on the rise, smuggling attempts like these have a high potential to turn deadly,” he said.

The news outlet reports that there is no clear distinction on where the people were coming from. However, Joe Biden is reportedly trying to respond to the high increase of people attempting to immigrate into the U.S. some of the people trying to move have come from places including Mexico, Central America, and other locations.

Vice President Kamala Harris is expected to travel to Guatemala and. Mexico to address migration. No date has been finalized, according to The New York Post.

PM Rowley: Progress being made in Covid-19 0