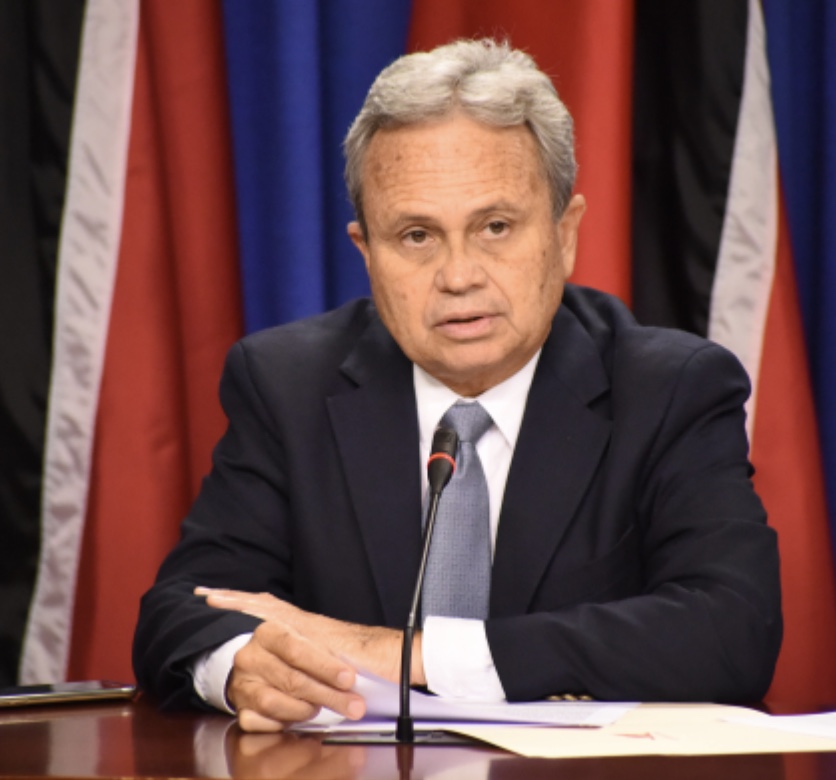 The Minister of Finance (MoF) Colm Imbert has taken note of a misleading and inaccurate editorial on the status of the National Insurance System (NIS) in today’s Daily Express.

According to a release from the MoF on Thursday, the Express falsely claimed that the Minister of Finance was only making “darting references and piecemeal approaches” to address the ‘stark’ problem of the shortfall between contributions and benefits in the NIS and went on to declare that rather than these ‘piecemeal’ approaches, what was required was a comprehensive position paper from the government, outlining its proposals for addressing the problem, because “time was of the essence.”

However the release said the assertions made in the Editorial are dishonest.

It noted that the editorial completely ignores the statement in parliament by the Minister of Finance on Friday of last week (June 25th) when he laid the 2020 Annual Report of the NIB.

In that statement, the Minister said the following:
“We must as a country seriously examine the merits of the recommendations made in the 10th Actuarial Review of the National Insurance System, laid in this Parliament in March 2019, and make decision regarding their feasibility, efficacy and social and economic impact.

1. Increasing the retirement age to 65
2. Increasing NIS contributions
3. Including the Self-Employed and Migrants in the NIS

In this regards, the Ministry of Finance will soon embark on a series of national public consultations, as well as consultation with all stakeholders, including trade unions and employers’ representatives, before any decisions are made with respect to the appropriate way forward to preserve and protect the long term viability of the NIS.

The MoF said “There is nothing ‘piecemeal’ or ‘darting’ about this statement from the Minister.
It is a clear expression of intent by the government to engage ALL stakeholders in the near future in a national discussion on the proposals made by the Actuaries with respect to resolving the shortfall between contributions and benefits in the NIS. The NIB is a tripartite body, with representatives of government, business and labour and the views of all stakeholders must be canvassed on this issue.”

“It is therefore preposterous for the Express to demand the immediate production of a comprehensive position paper from the government to address the current issues engaging the NIB, without the government first consulting all of those who are concerned with, and dependant on the NIS.”

According to the Finance Ministry, “If the government were to do that, the same newspaper would turn around and condemn the government for operating in a dictatorial and vaille que vaille manner.”

Ed Sheeran assumed he was gay growing up 0

Kamla: “Andrea has touched the soul of our nation” 0