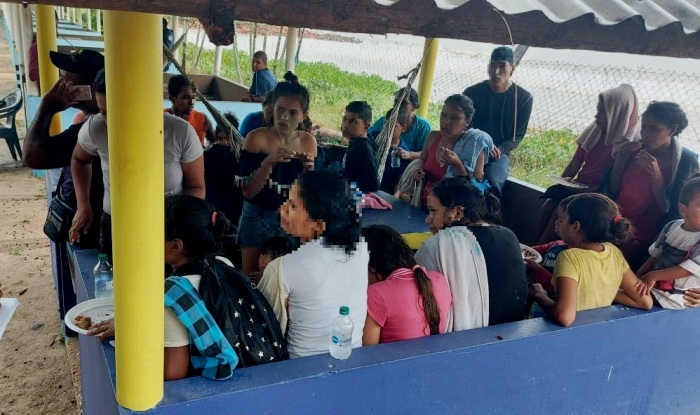 The Inter-American Commission on Human Rights (IACHR) has granted protection measures to six migrant children who were part of a group of 26 Venezuelans who entered this country illegally.

The IACHR, via a release, said it noted with “great concern” that group of Venezuelans who were deported last month, with children and other adults placed on pirogues into international waters.

The IACHR said the method by which the group was deported entailed “a serious risk to their lives.”

“The commission has equally observed that the proposed beneficiaries were allegedly declared to be ‘undesirable’ by a high state authority upon their return to Trinidad and, as it is of public knowledge, recent further declarations by high authorities, indicated that unregistered migrants will be deported, including affirmations that state ‘we are not putting up a flag saying all children can come here,’” the release said.

It was for this reason that the IACHR granted protection measures to six migrant children who were part of the group.

“…The potential beneficiaries are in a situation of uncertainty regarding a potential immediate deportation without due assessment of their situation and best interest, which in the present case poses a serious risk to their life and personal integrity,” the release said.

It said pursuant to Article 25 of its Rules of Procedure, it has requested that Trinidad and Tobago adopt the necessary measures to guarantee the right to life of the six by refraining from deporting or expelling them to Venezuela until authorities have assessed the risks they face.

The IACHR also said that a request was made for ten more children, but some received “uneven” responses from the courts to their protection requests, while some were granted permission to stay until their application is reviewed. The release said the six could be deported at the end of their quarantine period.

The IACHR said the six have alleged they face risks to their life if they return to Venezuela and their allegations were compatible with information the commission has received through its monitoring work.

It also said the fact that the precautionary measure had been granted did not entail a prejudgment on a potential petition that may be filed before it on alleged violation of rights.

In the release, the IAHCR also said it has observed that the six had been deported without an analysis being done of the risks they faced back in Venezuela before they returned to TT two days later.

It regretted there has been no response from the State.

The IACHR is an autonomous body of the Organisation of American States (OAS) and has a mandate to promote respect for, and to defend, human rights in the region.

Pastor wants politicians to work together to keep citizens safe 0

2 charged with larceny by trick 0