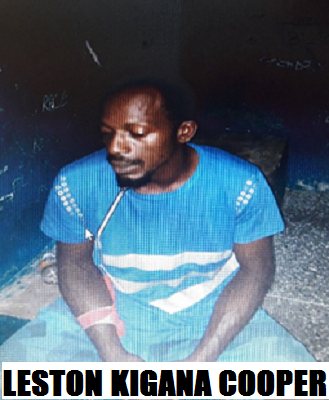 A La Brea man was denied bail when he appeared virtually before a San Fernando Magistrate yesterday charged with the breach of a protection order.

LESTON KIGANA COOPER, 38, of Lenee Crescent, Pier View Estates, La Brea, was remanded into custody by Magistrate Natalie Hamilton-Diop, until he reappears before the Court on January 4th, 2021.

COOPER was arrested and charged by PC Crawford, of the Southern Division Gender-Based Violence Unit (GBVU) on December 12th after surrendering to police following an alleged breach of a protection order on the same day.

According to the man’s wife, who secured a protection order from him in October 2019, he allegedly showed up in front of the residence in which she now resides and made threats to her.

The protection order directed the man to refrain from:

 Making threats in any manner directly or indirectly to the woman
 At all times, to remain 100 feet away from her.

The man subsequently surrendered to officers attached to the Traffic and Highway Patrol who then handed him over to Southern GBVU pending further enquires.

COOPER was subsequently charged with a breach of a protection order.
The investigations were spearheaded by head of the GBVU W/Supt (Ag.) Claire Guy-Alleyne and supervised by Insp Clarke and W/ Cpl Elliot.

Loading...
Newer Post
Scholarship winners yet to provide service to the state will be made to repay funds in full
Older Post
PM apologizes for “imps” rant on Office of the Prime Minister Facebook page