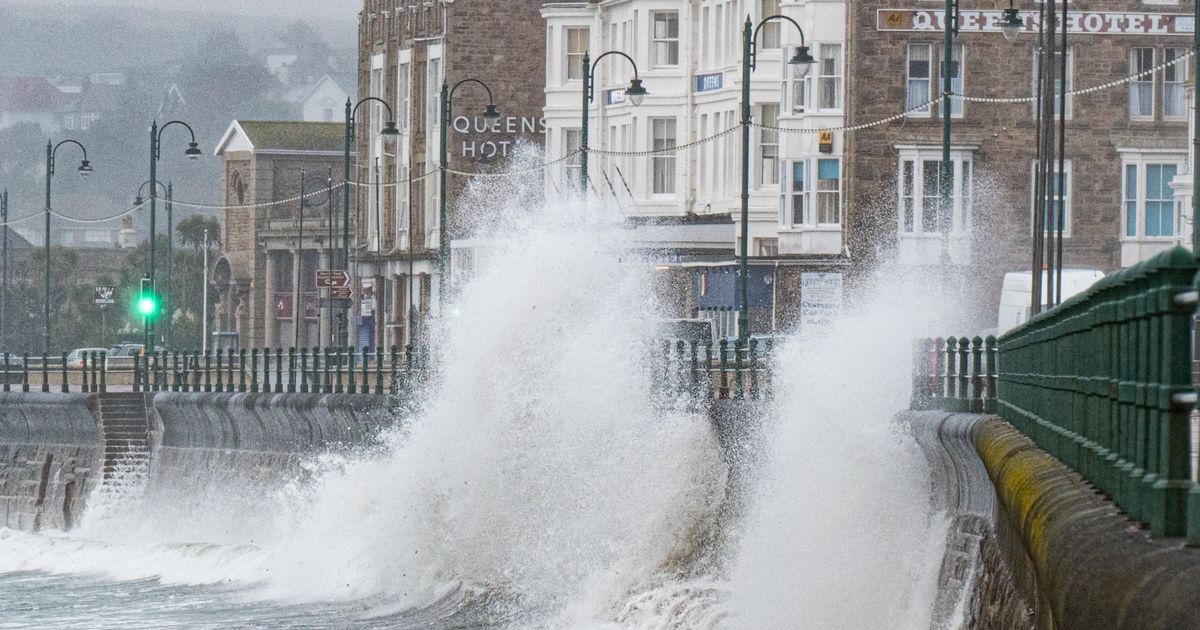 The tail end of Hurricane Lorenzo is expected to hit British shores by the end of the week. It is certain to bring strong winds, heavy rain and the risk of serious widespread flooding though forecasters have said it will no longer be a hurricane. By the time it hits the UK, Hurricane Lorenzo will be categorized as an ex-tropical storm.

Met Office meteorologist Nicola Maxey said it is hard to tell which areas of the UK the remnants of Lorenzo will hit hardest. The storm is likely to be felt across Britain on Thursday and into Friday but different weather models for the Atlantic are producing different predictions for its path.

Over the weekend Lorenzo registered as a category 5 hurricane the strongest cyclone that can form on Earth, making Lorenzo the strongest storm ever observed so far north and east in the Atlantic basin. At the moment, the hurricane is raging above the central Atlantic ocean and is due to slam into the Portuguese Azores islands as a category 2 storm today.

‘It is still unclear where will be hit worst, as some models say the storm will hit Scotland and the northeast of England, while others say the South West will be worst affected. ‘We are not sure yet whether we will be issuing more weather warnings but what we are saying is that most of the UK will experience wet and windy weather in the days to come.’ A live tracker is following the hurricane’s path as it moves east across the ocean.

The National Hurricane Center in the US said Lorenzo had maximum sustained winds of 110 mph during the night with the live tracker showing the storm is moving northeast at 10 mph. It is currently centred about 1,195 miles west-southwest of the Azores, according to the Windy.com tracker.

There are already 85 localised flood warnings in place across the UK with another 203 alerts for possible flooding in England and Wales. A yellow ‘danger to life’ weather warning for rain was issued by the Met Office over three consecutive days starting on Sunday. The worst weather from the backlash of Hurricane Lorenzo is expected to hit the UK on Thursday.

Nicola explained: ‘It is likely to pick up moisture and lose wind speed as it travels across the sea, which means that by the time it hits us it is likely to bring wind and heavy rain – but will not be at the strength it is currently.’