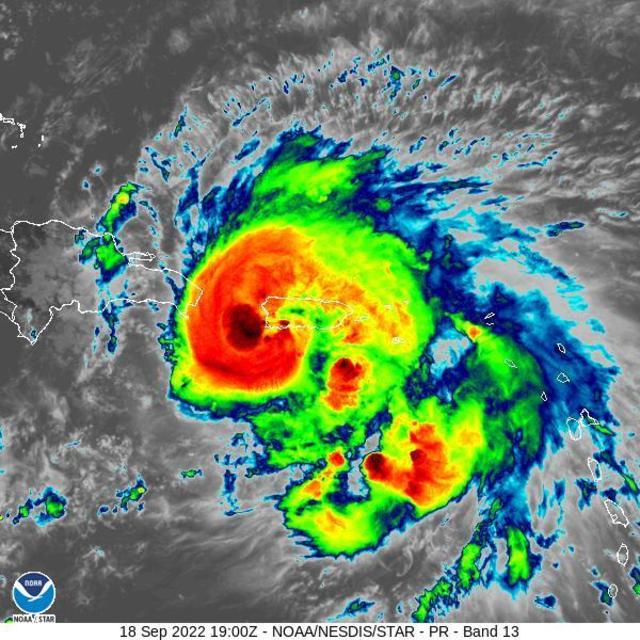 Hurricane Fiona is continuing to strengthen – threatening lives in parts of the Caribbean, say US forecasters.

The National Hurricane Center (NHC) said the category two storm currently packing speeds of 110mph (175km/h) could even worsen to a category four – the second-highest designation.

Rain is lashing Puerto Rico, where at least two people have died and 90% of the island remains without power.

The president of the Dominican Republic says damage there is “considerable”.

Luis Abinader has declared three eastern provinces to be disaster zones, amid warnings from the NHC of “heavy rainfall and life-threatening flash flooding” in eastern areas.

Several villages were cut off in the country as floodwaters rose, while hundreds of people were forced to leave their homes and thousands were left without power.