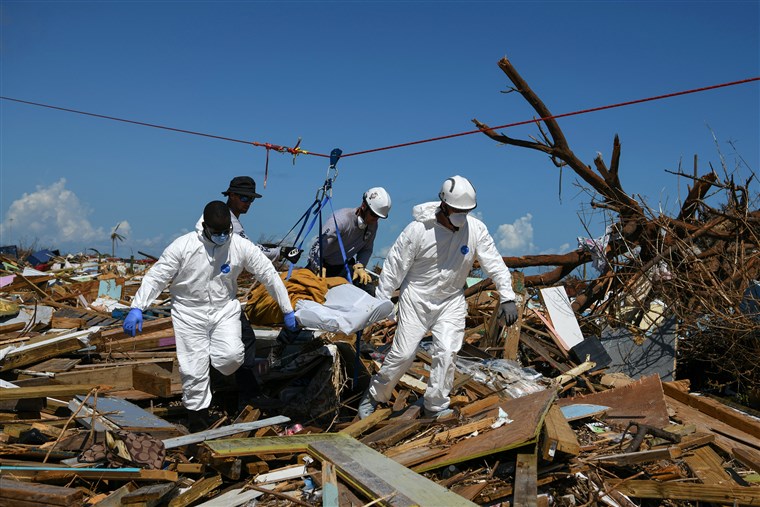 Approximately, two months after Hurricane Dorian swept through the Bahamas, the National Emergency Management Agency (NEMA), has put the official death toll at 67.

NEMA Director Captain Stephen Russell told reporters that as the debris clearance operations continue, the authorities are “mindful that we can still be in the recovery mode, searching for deceased persons that may still be among the rubble in the islands of both Abaco and Grand Bahama”.

Abaco and Grand Bahama were among the islands hardest hit by the Category 5 storm that ploughed through the archipelago on September 1 causing millions of dollars in damage.

Russel said that the police on the island of Abaco recovered remains of two unidentified bodies on Monday and last Thursday, adding also that the missing persons desk has been deactivated.

“All inquiries should be made at the Central Detective Unit (CDU) in New Providence and in Grand Bahama,” he added.

The authorities said that at least 777 people are still in five shelters in New Providence.

“As of Sunday, October 27, there were five shelters operating on two sites. At the Kendal Isaacs Gymnasium, we have 294 persons. There are three tents on the site at Kendal Isaacs. Tent A 136, tent B103, tent C 107 which gives us a total of 640 persons on that site,” said the Deputy Director of Social Services Kim Sawyer.