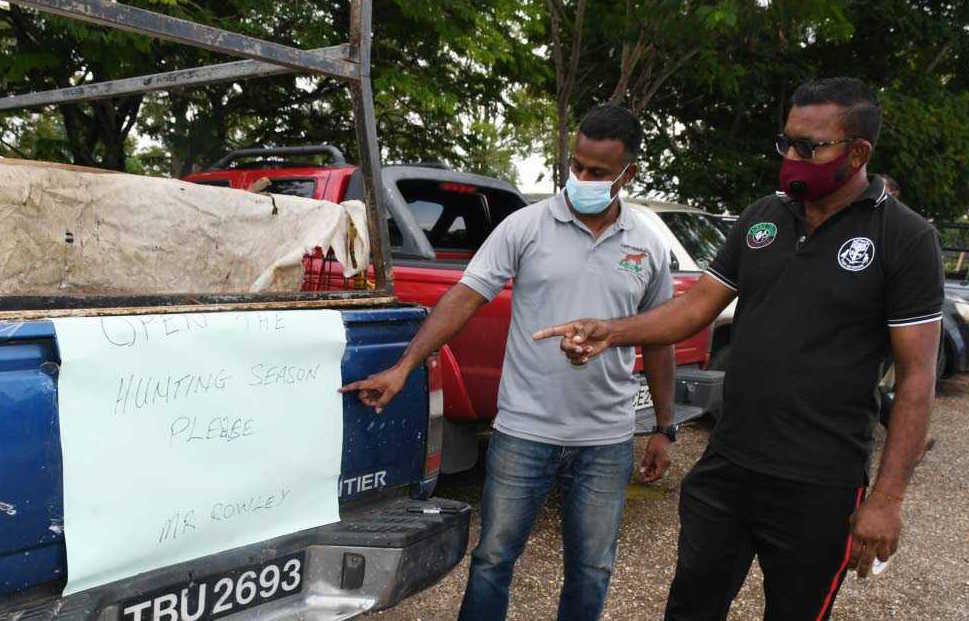 Hunters appeal for the reopening of hunting season

The Hunters Association of T&T is hoping the Prime Minister changes his policy on Saturday, when he hosts another covid19 briefing.

Hunters have been appealing for the reopening of the hunting season for some time and their frustration played out on Wednesday, when they congregated for a protest action.

Over 100 hunters assembled in the carpark of the Caroni Bird Sanctuary, demanding that they be allowed to hunt, saying they go out in small numbers and were unlikely to spread the virus.

Hunters Association member Simon De Freitas, told GML that government “is allowing people to hike, they have opened beaches, gyms, cinemas and restaurants and we cannot understand why they are still not allowing hunting to open up.”

He said: “Hunting is a healthy exercise and it is in the open forest…Hunting is good exercise, great for the mental health and a good brotherhood.”

De Freitas said the hunting dogs are also affected, as they are locked down and cannot exercise.

Colin Robinson has reportedly passed away 0