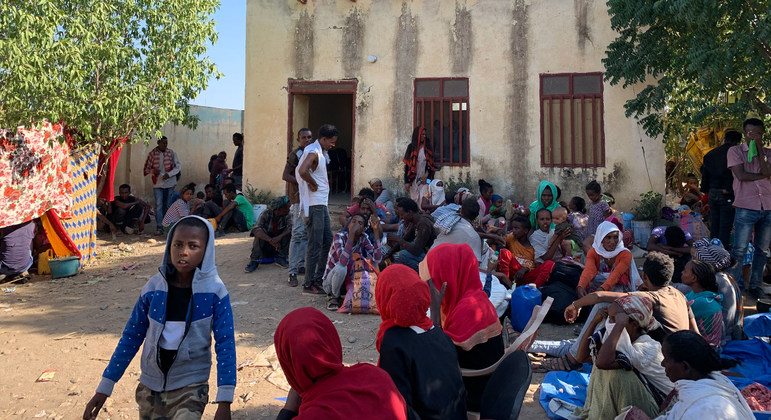 The United Nations said Friday fighting is ongoing in several parts of northern Tigray despite victory statements by the Ethiopian federal government.

The UN says the development is complicating its efforts to bring aid to the northern Ethiopian region. Spokesman for the UN Office for the Coordination of Humanitarian Affairs in Addis Ababa, Saviano Abreu described the situation as ‘’worrying and complex’’.

Thousands of people have been forced to flee Ethiopia’s Tigray region into Sudan. They fear for their lives and the lives of their families.

🚨 Lifesaving assistance is urgently needed. Here’s how you can help: https://t.co/Gqjv1rROZv pic.twitter.com/4Ur3eyKaMQ

Tigray has been cut off from supplies since November 4th. The Ethiopian Prime Minister Abiy Ahmed sent federal army to attack forces of the ruling TPLF in the region.

On Wednesday, the UN signed a deal with the Ethiopian government and gained unrestricted access to the region to provide badly needed humanitarian relief.

Inside Tigray, and among the majority ethnic Tigrayan refugees in Sudan, people are exhausted.

“When Dr. Abiy came, we saw him as a good thing,” he said. “Our hopes were fulfilled, because his talk in the beginning was as sweet as honey, but now the honey has gone sour.”

A week ago, Prime Minister Abiy Ahmed claimed victory. He said that military operation was successful, adding that the fighting was over after capturing the regional capital of Mekele.

Four weeks of fighting has forced some 45,500 people to flee to neighboring Sudan. And an unknown number of men, women and children have been displaced inside Tigray.

Local Government workers ordered to smile while serving the public 0