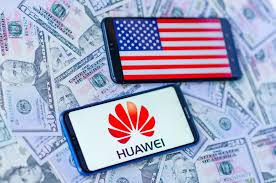 United States President Donald Trump told reporters Sunday that his country is actually “looking at not doing business at all” with Chinese tech company Huawei, contrary to media reports that said Trump would grant a new 90-day license extension.

“It was reported today, I was surprised, that we are open to doing business [with Huawei], we actually open to not doing business with them, so I don’t know who gave the report,” Trump said.

The U.S. head of state reiterated that the company is “a national security threat” and that it will announce a decision Monday regarding the situation to allow the Chinese company to buy supplies from U.S. tech firms for yet another three months.

At the end of June, Huawei became the main target of Trump’s trade war against China after Washington blacklisted the firm, prohibiting it from selling its equipment to U.S. firms. This unilateral economic sanction was executed because the Chinese company and its 5G technology supposedly represent threats to U.S. national security.

As markets and manufactures responded poorly to the decision, Trump was pushed to step back, and after meeting with his Chinese counterpart, Xi Jinping in the G20 summit in Japan granted a three-month reprieve till Aug. 19.

Meanwhile, Chinese and U.S. negotiating teams intensify trade consultations at the work level they prepare for the 13th round of chief trade negotiators which will restart in September, hoping to reach a trade deal.

Trump administration economic adviser Larry Kudlow said trade deputies from the two countries would speak within 10 days and “if those deputies meetings pan out…we are planning to have China come to the USA” to advance negotiations over ending a trade battle that has emerged as a potential risk to global economic growth.

Despite the sanctions, China’s tech company reported a profit of US$58.3 billion, which means it billed 23.2 percent more in the first half of 2019.

On Tuesday The Names Of Persons In Public Life Who Failed To File Declarations Will be Published. 0