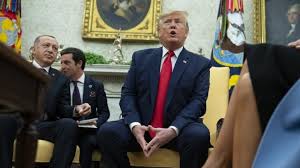 On Wednesday, it was disclosure of an overheard phone call between Donald Trump and US Ambassador to the EU Gordon Sondland during which the president may have asked about Ukrainian investigations.
Friday’s big developments included the White House release of a contradictory readout of the Trump’s first phone call with Ukrainian President Volodymy Zelensky and a presidential tweet that had Republicans in Congress scrambling.

Just over an hour into Marie Yovanovitch’s testimony, Trump launched the kind of Twitter fusillade that has become a regular part of his political repertoire. He questioned the ambassador’s competence, noted that the Ukrainian president spoke unfavourably about her and pointed out that he has the right to fire diplomats at will. 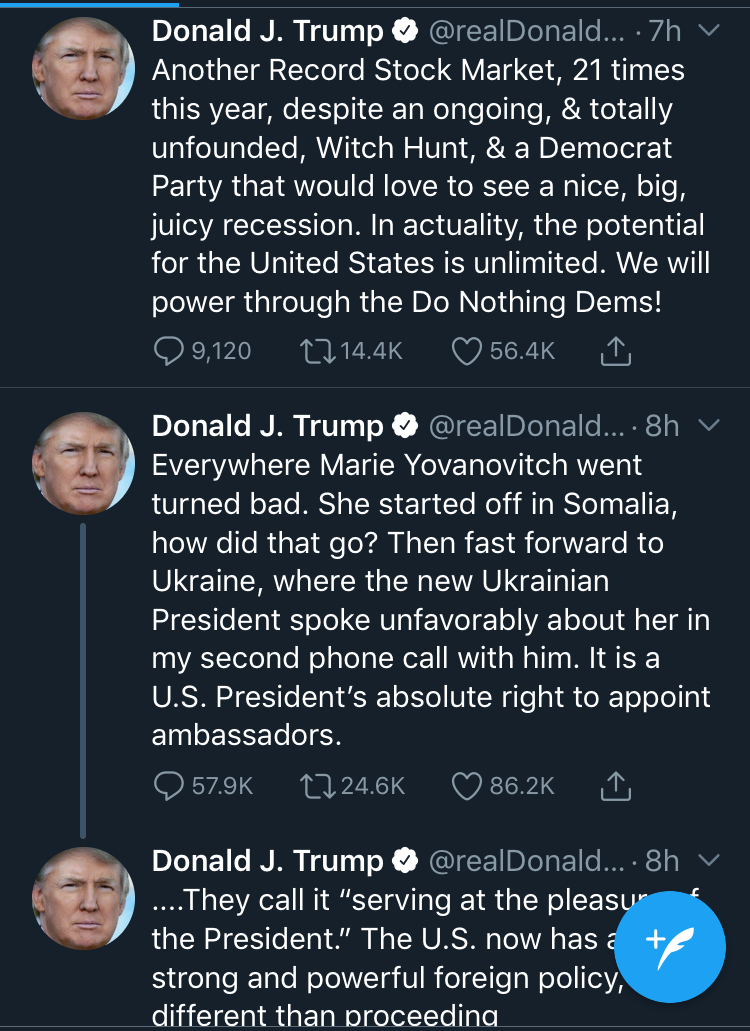