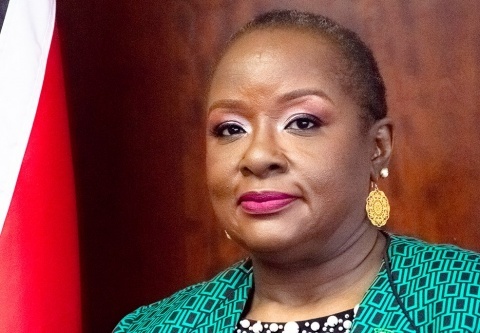 Housing Minister Camille Robinson-Regis oversaw the relocation of the victims of a fire at an apartment located in Building 222, Oropune Gardens, Piarco on Saturday.

Robinson-Regis expressed concern for the welfare of the victims, noting that “this is indeed a very traumatic time for the owner, especially as her two children are currently abroad.”

She said, “The HDC will therefore do everything it can to ameliorate her circumstances. Already a vacant unit has been identified in another HDC community no far from Oropune and the unit will be prepared for her to be relocated on a temporary basis.”

She added, “In the interim, the Oropune property will be secured and restoration works will begin at the earliest opportunity.”

HDC officials received a report of a fire at the Oropune Apartment, which has been estimated to have started at approximately 9am Saturday.

The TT Fire Service responded and were able to prevent the blaze from extending to the adjacent apartments.

Personnel from HDC’s Estate Management Health and Safety Departments conducted preliminary site visits and were due to return later that afternoon.

Robinson-Regis thanked the personnel from the fire services for their quick response and for ensuring that no other families were unduly affected by the fire.

Members of the TTPS continue to get vaccinated 0