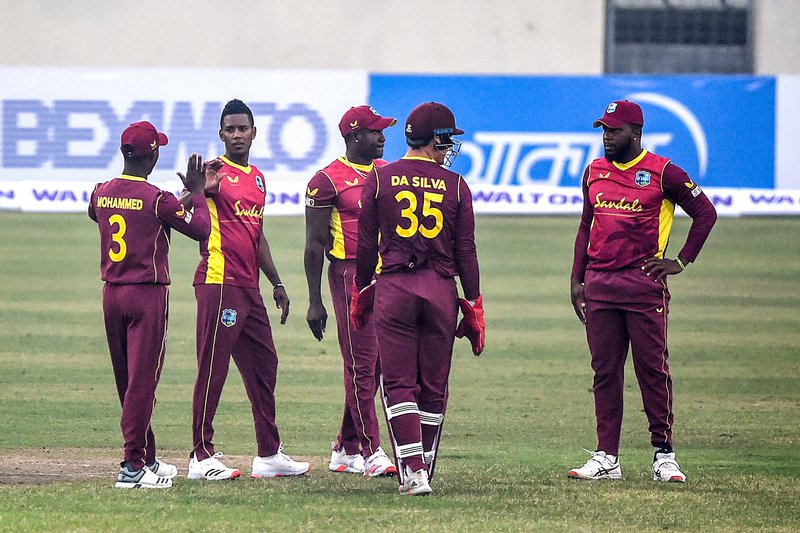 Hosein makes impressive start, but Windies still go down to Bangladesh on Day 1 of ODI series

Akeal Hosein made an impressive start to his international career with a tight and penetrative bowling performance in the opening encounter of the three-match ODI series.

The left-arm spinner took three wickets for just 26 runs off his 10 overs in a crucial spell of control and discipline as West Indies went down by six wickets. The match was dominated by the spinners on a turning pitch — with 12 of the 14 wickets falling to the slow bowlers. It was the first encounter for both teams in the International Cricket Council’s ODI Super League. The home side secured 10 points for their victory.

Hosein, the 27-year-old from Trinidad, was one of six debutants for West Indies in the match.He ended the spell with a superb strike to get the important wicket of Shakib ul-Hasan. The delivery pitched outside off stump and turned a long way. The left-handed batsman tried to cut but was cramped for room and dragged the ball back into the stumps.

Apart from Hosein’s three strikes, the other wicket went to skipper Jason Mohammed, his first in ODI cricket. The off-spinner deceived Tamim Iqbal in flight and the batsman over-balanced for wicket-keeper Joshua Da Silva to complete a sharp stumping – his first dismissal on debut. Tamim topscored with 44 off 69 balls with seven boundaries.

Earlier in the match, Kyle Mayers topscored with 44 and added a crucial stand of 59 for the sixth wicket with Rovman Powell, who made 28. They came together with the West Indies in deep trouble at 56-5 in the 19th over and played well.

Mayers, the strongly-built left-hander, looked solid on debut as he hit four fours and a six, while Powell struck two fours and two sixes. Bangladesh bowled well and the best was left-arm spinner Shakib, who had remarkable figures of 4-8 off 7.2 overs and was named Man-of-the-Match.

After the match Mohammed said:

“Whatever score we put up, our work is to go there and work hard. Akeal on debut was very good, picking up three wickets and being very economica​l. The wicket wasn’t the easiest one for us, but we didn’t have enough partnerships. Even the ones that got starts, didn’t convert that for us. It was a great partnership between Powell and Mayers.”​
The two teams will remain in Dhaka for the second ODI on Friday at the same venue. First ball 1:30am (12:30m Jamaica Time).