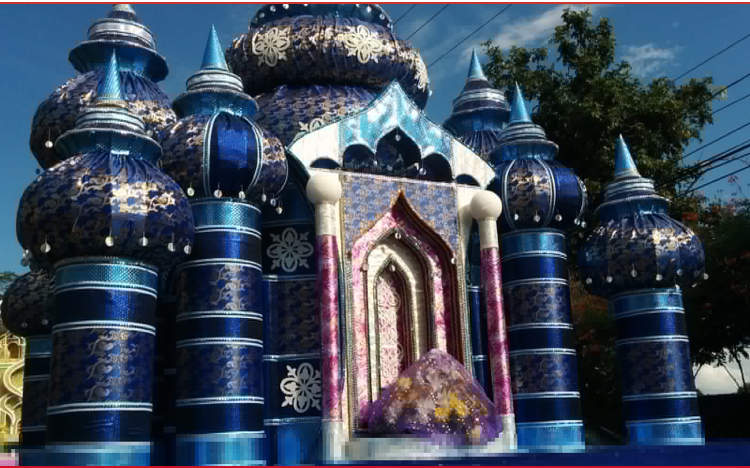 Hosay…from a solemn religious observance, to a cultural experience

Every year, Hosay is observed with a parade full of colourful tadjahs in commemoration of the martyrdom of Husayn (also spelled Hussein) and Hassan, the grandsons of Muhammad, the Prophet of Islam.

The remembrance lasts for ten days at a period determined by the lunar/moon calendar.

It can be early or late in the year but is observed in the Muharram month.

The first noted celebration of Hosay was in 1847 in San Fernando, South Trinidad and there is evidence of Hosay celebrations in Chaguanas and St. James from as far back as 1865.

Hosay, derived from the name Husayn, is a religious ceremony observed by Shi’a Muslims.

Husayn and Hassan were assassinated by Yazid in the Battle of Karbala, 680 AD.

The IzzSo team will be following the procession later today from St. James and then end at QRC.

Laventille man shot and robbed of US currency in PoS 0