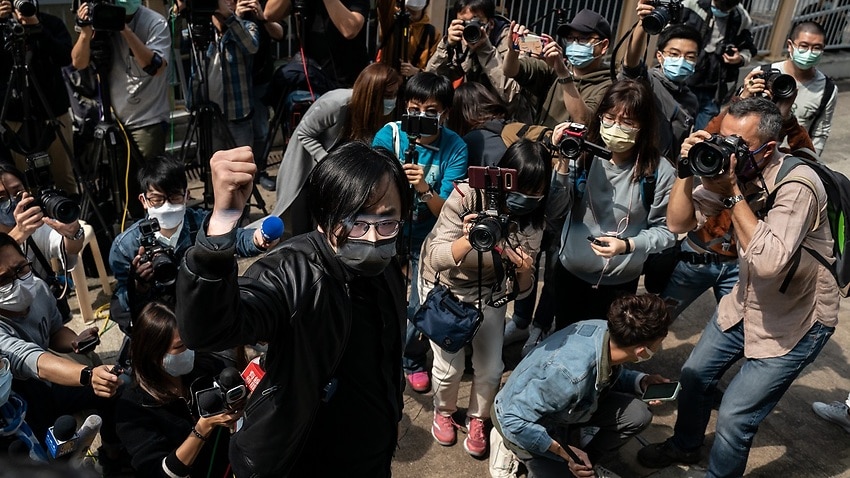 Hong Kong police detained 47 pro-democracy activists on Sunday for conspiring to commit subversion under the city’s national security law in the biggest mass accusation against the opposition camp of the semi-autonomous Chinese territory since the entry into force of the law last June.

Former lawmakers and democracy advocates were previously arrested in a large-scale police operation in January, but have been released. They have been detained again and will appear in court on Monday, police said in a statement.

The defendants include 39 men and eight women between the ages of 23 and 64, police said.

The move is part of an ongoing crackdown on the city’s democratic movement, with a string of arrests and prosecutions of Hong Kong democracy supporters – including outspoken activists Joshua Wong and Jimmy Lai – after months of anti-government protests in 2019.

The pro-democracy camp had held the primaries to determine the best candidates to win a majority in the legislature and intended to vote against major bills that would eventually force Hong Kong leader Carrie Lam to resign.

In January, 55 activists and former lawmakers were arrested for their role in the primaries.

Authorities said the activists’ participation was part of a plan to cripple the city’s legislature and subvert state power.

The legislative election that would have followed the unofficial primaries was postponed for a year by Lam, who cited public health risks during the coronavirus pandemic. Massive resignations and disqualifications of pro-democracy lawmakers have left the legislature largely a pro-Beijing body.

Among those arrested on Sunday was former lawmaker Eddie Chu. A post on his official Twitter account confirmed that he was charged with conspiracy to commit subversion and was denied bail.

“Thank you Hong Kong people for giving me the opportunity to contribute to society over the past 15 years,” Chu said in a post on his Facebook page.

Another primary candidate, Winnie Yu, has also been indicted and will appear in court on Monday, according to a post on her official Facebook page.

The American lawyer John Clancey, a member of the now defunct political rights group “Power for Democracy”, arrested in January for his involvement in the primaries, was not among those detained on Sunday.

“I will fully support those who have been charged and who will be tried, because in my view, they did nothing wrong,” Clancey told reporters.

The Security Act criminalizes acts of subversion, secession, terrorism, and collusion with foreign powers to interfere in Hong Kong affairs. Serious offenders could face a maximum sentence of life imprisonment. Almost 100 people have been arrested since the law came into force.