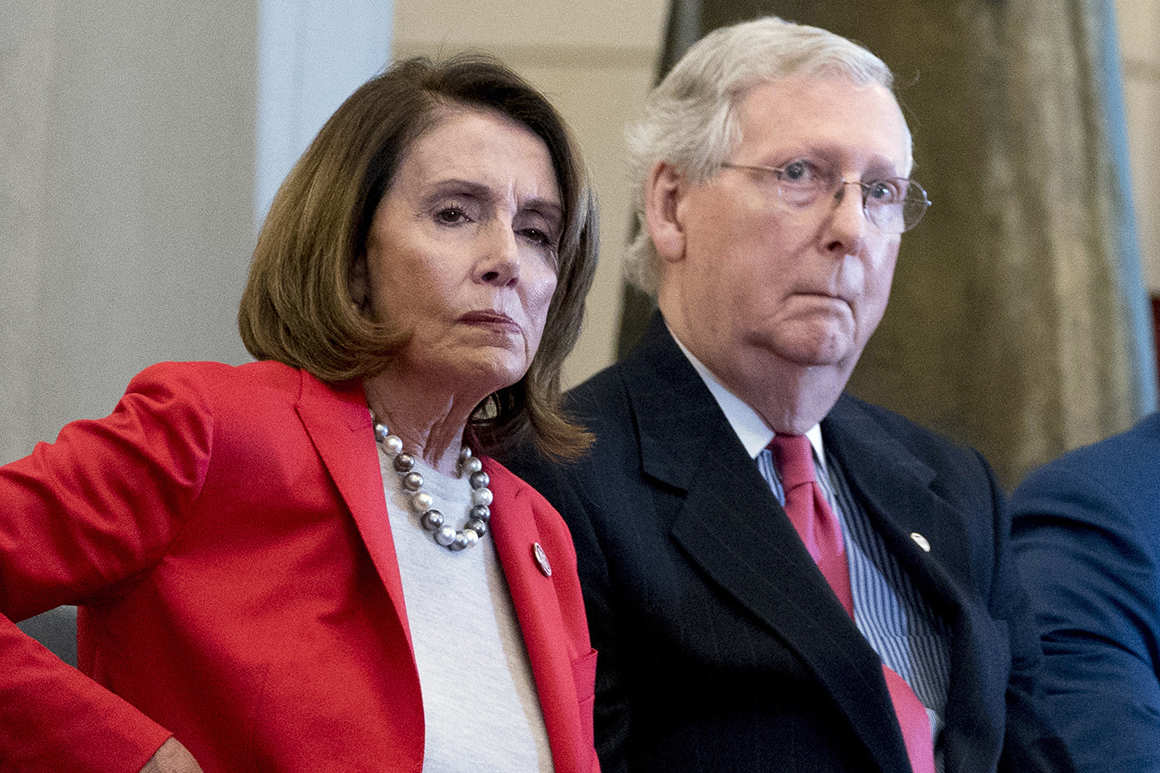 Vandals in the US have attacked the homes of House Speaker Nancy Pelosi and Senate majority leader Mitch McConnell.

Fake blood and a severed pig’s head were reportedly left outside Democrat Ms Pelosi’s California house, which was also daubed with graffiti.

The words “where’s my money” and some expletives were scrawled on on Republican Mr McConnell’s house in Kentucky.

It comes amid a political battle over a coronavirus stimulus package.

On Tuesday the US House of Representatives voted to increase the aid sent to individuals under the scheme from $600 (£439) to $2,000. The Democratic-led chamber passed the bill with the help of more than 40 Republicans.

But the Republican-led Senate has not approved the bigger cheques, despite calls to do so from US President Donald Trump.

“The Senate is not going to be bullied into rushing out more borrowed money into the hands of Democrats’ rich friends who don’t need the help,” Mr McConnell said on Wednesday.

In a statement released after the vandalism on Saturday, Mr McConnell said he appreciated all Kentuckians who took part in the democratic process “whether they agree with me or not”.
“This is different,” he said. “Vandalism and the politics of fear have no place in our society.”
San Francisco police said they were investigating the incident at Ms Pelosi’s home. As yet she has not commented.

On Friday the US Congress overturned a veto by President Trump for the first time during his presidency.

The Senate voted 81-13 for the National Defense Authorization Act (NDAA), providing the two-thirds majority required to override a presidential veto in both chambers.
A new US Congress is due to be sworn in on Sunday.