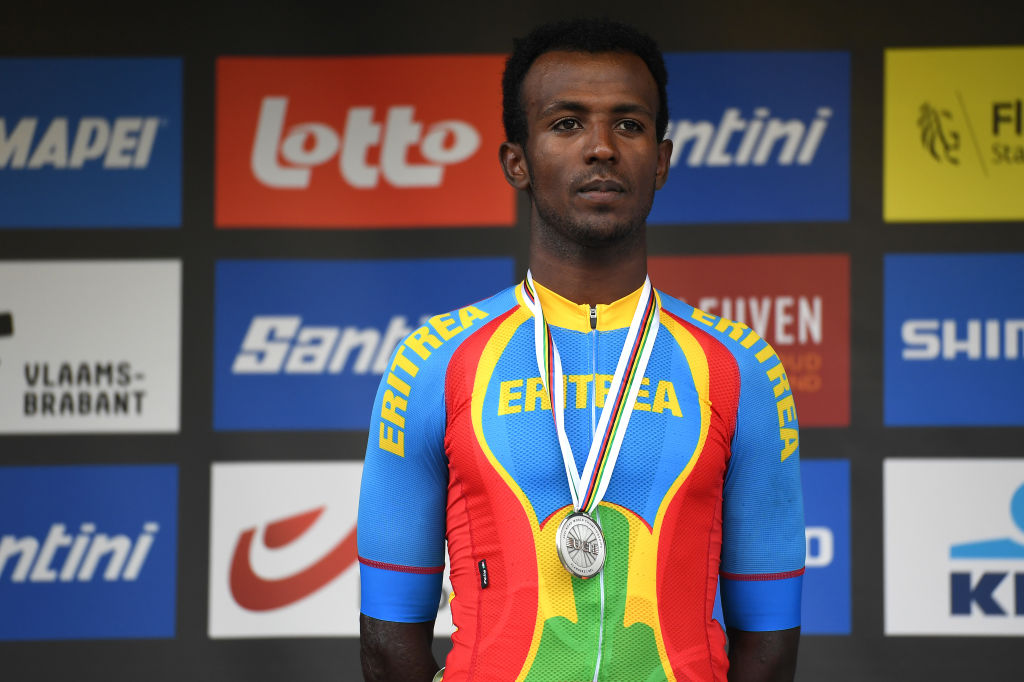 Moments after making history, a black cyclist was forced to pull out of the world famous Giro d’Italia race when he hit himself in his eye during his celebrations.

Eritrea’s Biniam Girmay became the first black African to win any of cycling’s three grand tours after claiming the honours on Tuesday.

Girmay attempted to open a bottle of prosecco while celebrating on a stage, but ended up hitting himself in his left eye with the cork.

The cyclist had placed the bottle on the floor and bent over it as he undid the binding before the cork flew off hitting him from close range leading to internal bleeding in his eye.

Girmay will now exit the competition despite being on track to break more records.

In addition to winning his last race, he had also managed a second place and three top five finishes in the competition this year.

Girmay has carved out a name for himself in the world of cycling, establishing himself as one of the sport’s best sprinters and the first black man from Africa to medal at the world championships.