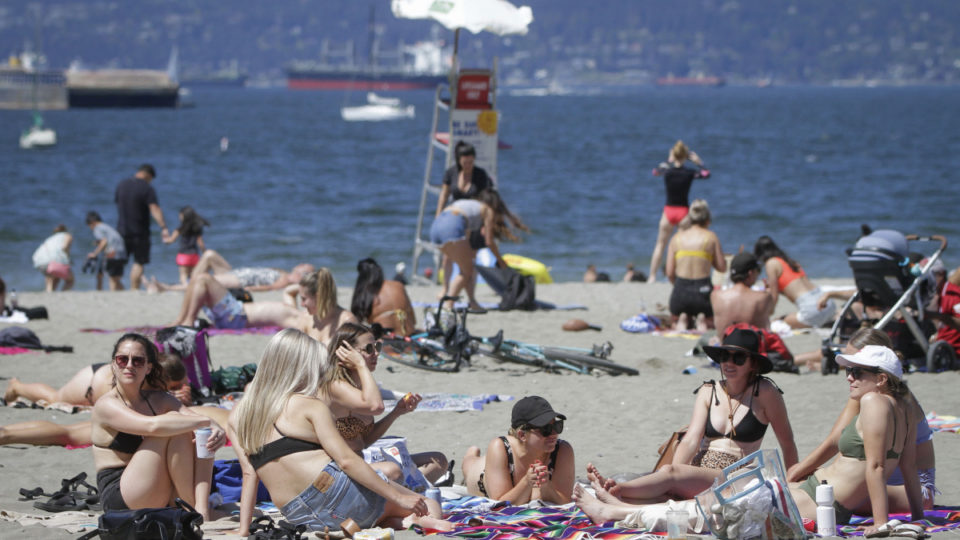 Historic Heat Wave Linked to Dozens of Deaths in Canada

More than 230 people in the Western Canadian province of British Colombia died last weekend amid a historic heatwave, authorities said.

Lisa Lapointe, the chief coroner for the province, said in a statement Tuesday that at least 233 people have died from the heat between Friday and Monday.

“Since the onset of the heatwave late last week, the B.C. Coroners Service has experienced a significant increase in deaths reported where it is suspected that extreme heat has been contributory,” Lapointe said.

Lapointe said the office usually receives about 130 deaths over a four-day period and added that she expects the death toll to rise.

“Environmental heat exposure can lead to severe or fatal results, particularly in older people, infants and young children and those with chronic illnesses,” she said.

Police in Vancouver called on residents to check on loved ones because resources are depleted due to the rise in heat-related deaths.

“Vancouver has never experienced heat like this, and sadly dozens of people are dying because of it,” said Vancouver Police Department Sgt. Steve Addison in a statement. “Our officers are stretched thin, but we’re still doing everything we can to keep people safe.”

“This is a historic increase of approx. 55% compared to a normal weekend in June,” it said in a statement.

As BC felt the effects of a heat wave over this past weekend, E-Comm experienced record breaking 9-1-1 call volumes. We received close to 8,000 calls on June 26 & more than 7,300 on June 27. This is a historic increase of approx 55% compared to a normal weekend in June. #911BC pic.twitter.com/z4MZqzSlPT

The deaths occurred as the province and the Pacific Northwest experiences a record-breaking heatwave.

“Words cannot describe this historic event,” it said on Twitter.

On Monday, 59 temperature records were broken in the province, 43 of which set all-time records, it said Tuesday.

“We’ve never seen anything like this, and it breaks our hearts,” Addison said. “If you have an elderly or vulnerable family member, please give them a call or stop by to check on them.”

In Burnaby, authorities responded to more than 25 deaths where heat is believed to have been a contributing factor in the past 24 hours, the Royal Canada Mounted Police said in a statement.

In Surrey, which borders Burnaby to the south, the RCMP said it was deploying more officers “following an unprecedented number of sudden deaths over the past two days.”

“Please check in on your loved ones, your neighbors, friends who may be vulnerable during this heat,” the Surrey RCMP said in a tweet.