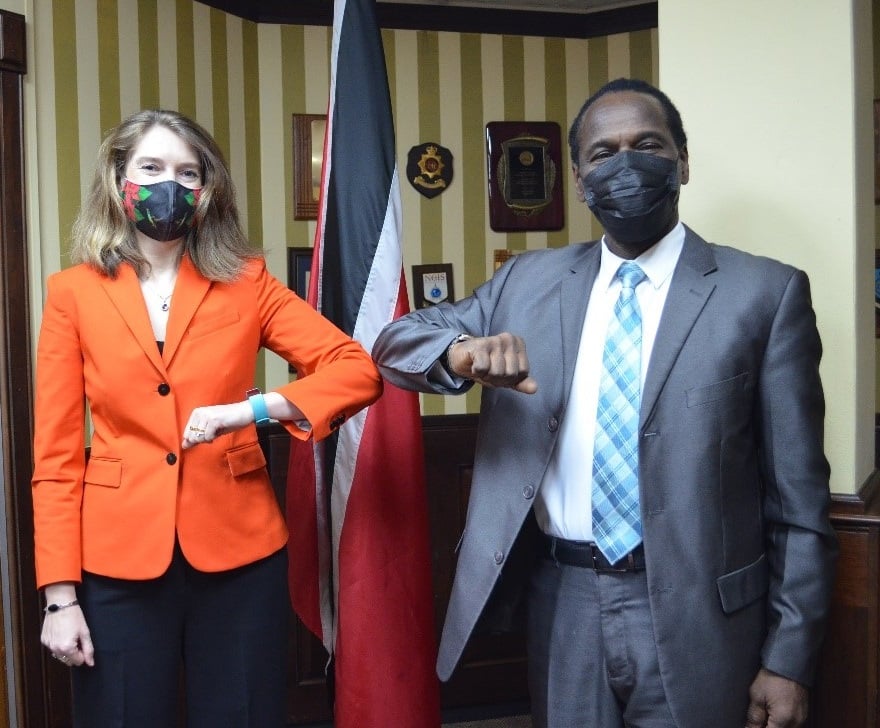 Minister of National Security, Fitzgerald Hinds M.P. received a courtesy call on Thursday from High Commissioner for the United Kingdom of Great Britain and Northern Ireland to Trinidad and Tobago, Her Excellency Harriet Cross.

The meeting presented an opportunity for Minister Hinds and Her Excellency Cross to engage in a cordial discourse on opportunities to further optimize bilateral cooperation and implementation on areas of border security, policing and prison reform, as well as other significant areas of mutual interest.

Both Minister Hinds and High Commissioner Cross exchanged well wishes on the various policies and initiatives implemented to mitigate against the challenges of the COVID-19 health pandemic, and reiterated their commitment to provide mutual support.