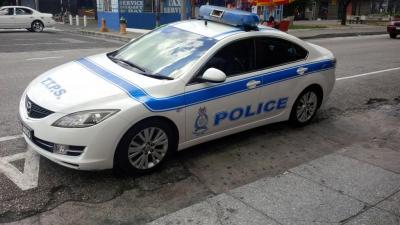 Officers were on mobile patrol in the Curepe district around 10:15pm, on Sunday 17th November, when they were stopped along Clifford Street by a man who told them he was the victim of an attempted robbery. The officers then observed the robbery suspect enter a dark grey Mazda 3 motor vehicle which sped off.

A high-speed chase ensued, during which the occupants of the vehicle shot at the police vehicle. The officers returned fire. The chase continued onto the Southern Main Road, where, with the assistance of the Northern Division Operations Centre, officers of the CSU coordinated a roadblock in the vicinity of Bushe Street, Curepe.
The suspects attempted to evade the police, but crashed into a fence.

Two 23-year-old male suspects of Siparia were arrested and one Beretta pistol loaded with a magazine containing one round of ammunition was seized from the vehicle.
Investigations are ongo

Former SSA Director swings back at Dennie; says he is now forced to seek legal action 0