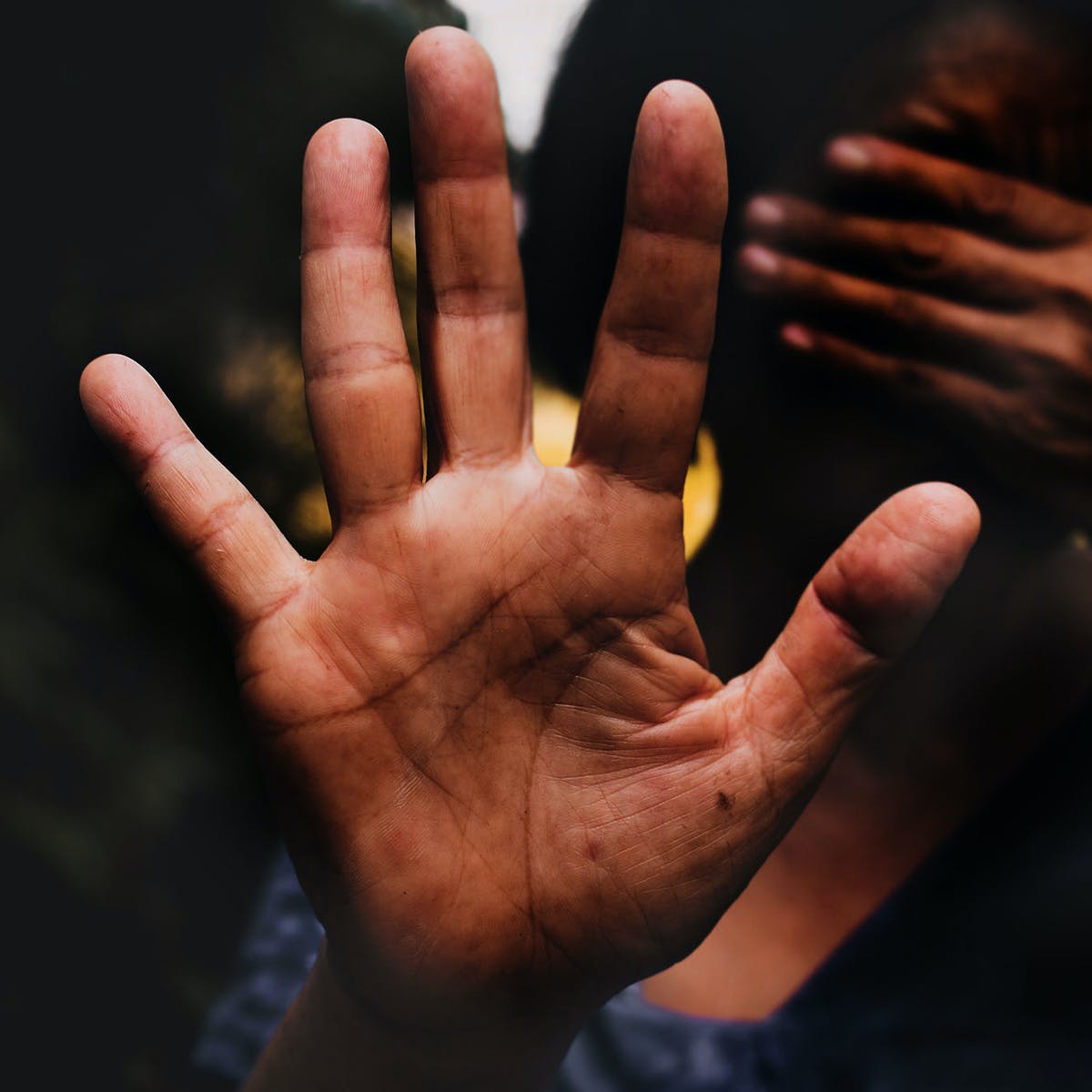 When domestic abuse takes on a human face, that’s when it gets more palpable, more frightening… more real.

Listening to or reading statistics is concerning, however it pales in comparison to hearing the grisly stories of those who went through it and somehow managed to survive.

Like Dr Sandra Ramsingh Vallie, who said she entered into an arranged marriage at the age of 16 with her 27 year old husband.

Not quite sure what to expect she settled into the role of housewife and home maker with her husband who was in the armed forces.

She detailed the first time she was struck… the incident she said left her in shock and with a bloody nose.

She recounts the day it happened with shocking clarity even though it happened many years ago.

The day started like any other, she had gone shopping and met an old school friend who invited her to lunch.

Excited by the prospect of spending time with her old schoolmate she happily complied, but that she explains, was a mistake.

She stayed with him for fourteen years, during this time she said the abuse continued.

He insisted that she inform him of all her movements, he withheld money from her and even physically abused her while she was pregnant with their children.

The abuse became worse and resulted in them having to leave her mother’s house because she was fed up of dealing with her daughter’s abusive situation, this she said resulted in a feeling of isolation.

She had three children with her abuser and she said unfortunately the abuse affected them as well.

Sandra finally took action, made a plan… and left.

Things were a little more complicated for Valdeen Tamara Shears, a journalist who says she had a long and harrowing experience at the hands of her abuser who she got involved with at the age of 19.

Young and inexperienced she mistook his controlling attitude for love.

He said that he was a construction worker but she would find out later that he was also involved in nefarious activities.

The first time she was struck was on the street, her crime was visiting a friend who lived a few houses away from their home.

Three other occasions stood out in her mind.

One of them involved an outing to a work assignment with a friend of whom her husband was not particularly fond.

An argument erupted on the way home to drop her friend, at that time he head butt her and split her forehead open.

With blood pouring down her face, her abuser took her to the hospital to ensure that she said nothing that would incriminate him.

Another time, she took his phone with her in the bathroom because she said she realized that he was cheating extensively.

That time she was caught, and was hit in the head with a bottle.

On the third occasion she made a visit to her aunt’s home a stone’s throw away from theirs.

He had developed a habit of accusing her of cheating, ironically she had been on the phone at the time with someone he had shown interest in and had begun speaking to.

It was a visit that almost cost her her life.

Unfortunately women aren’t the only victims of abuse, men are as well.

One male survivor said his abuse began after he entered into a relationship with someone he assumed was a friend.

Their relationship started after his son with his previous wife was murdered.

He started to confide in her and the two became involved, it was shortly after this the abuse began.

He said he blamed himself for not being there for his son and felt he deserved the abuse as punishment.

No one in his family knew what he was going through.

He detailed the worst experience at the hands of his abuser.

The abuse, he disclosed, took place in the US.

He finally fled to his aunt’s house where his abuser was unable to find him before making his way back here in Trinidad.

All three managed to escape with their lives, however there are many who are still living in abusive situations or worse whose lives tragically ended at the hands of those they once trusted to take care of them and treat them with kindness.

While some suffer in silence, others however live in shame as their situation is known by friends, family and neighbours who either hear or witness the violence firsthand.

Their inaction in many cases have led to the eventual death of the victim by the hands of the abuser.

Attorney at law Fareed Ali argues that persons who witness or are aware of what is happening should be made, by law, to report the information to the police.

A similar law is already in place for offenses against children and it is therefore not a stretch to see it implemented for victims of repeated domestic violence.

In the past, a lack of targeted legislation aimed at addressing the issue of domestic violence coupled with a deficit in policing resources meant that victims were often unable to rely on the justice system.

The media is riddled with stories of women who were forced into action after they were dismissed by the police or even flat out ignored and told to “sort it out” with their abuser.

Having dealt both with alleged abusers charged with murder and victims who faced jail after defending themselves, Mr Ali knows all too well that inaction by family, friends and even the police can lead to death.

As one police officer put it…domestic violence is just a murder that hasn’t yet been investigated.

However, for every story that mimics the outcome of Jennifer Lopez’ performance in the movie “Enough”, there is another with a sad ending.

According to Mr Ali, the sad reality is that not every victim of domestic violence is capable of getting justice as it can be a case of too little too late for some.

Apart from the abuser facing their conscience, Mr Ali pointed out that there is little possibility of justice being served in situations such as these.

He noted that the abuser’s employer if willing and able, may take action. Even then, the question must be asked…”is justice really being served?”

News Power put the question of the punishment fitting the crime to Mr. Ali.

Currently, there is no special punishment on the law books to address assault during an act of domestic violence.

Abusers therefore can potentially face the same charges and possible punishment as a man involved in a bar fight or a backyard bust-up.

The crime of assault occasioning bodily harm in Trinidad carries a punishment ranging from a 4 thousand dollar fine up to 5 years in prison.

However, Mr Ali argues that even so, fines and prison cannot be the answer for domestic violence perpetrators.

For persons affected by domestic violence, while things may seem bleak, the reality is that there is a way out.

However, according to Mr Ali, external intervention should be accompanied by some personal introspection.

If you or anyone you know has been affected by domestic violence, you can call the Domestic Violence Hotline at 800-SAVE, The Rape Crisis Society’s 24 Hour Hotline 627-7273.

If your life is in immediate danger, please call 999 and officers from the newly formed Gender Based Violence Unit will be able to assist you in securing your safety.

Project completed and interviews complied by:

“Revenge will not bring Ashanti back” – Pastor Steve Riley 0