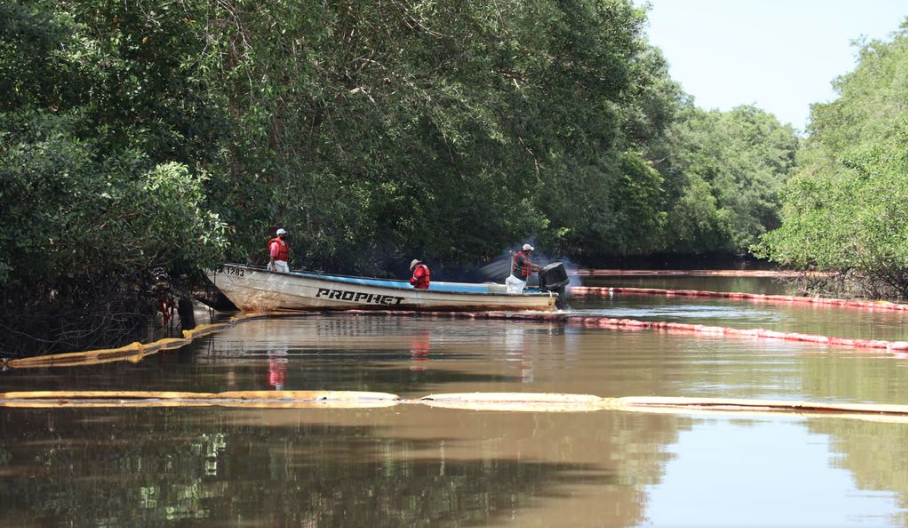 Heritage Petroleum Company Limited has been accused of covering up the oil spill they caused at Woodland, South Oropouche.

Head of the South Oropouche Riverine Flood Action Group, Edward Moodie, on Thursday refuted claims by Heritage that the oil spill was 90% cleaned up.

Instead, Mr Moodie revealed that the spill was spreading to the Woodland wetland areas and was now between Pluck Road and St John’s.

He said “Most of the river is still contaminated. We have to keep monitoring what is going on, because we are being fed false information about containment and removal of the oil.”

Moodie told media, “Not a drop of oil was removed from the river. The oil washed up on the banks and got stuck there.”

Moodie said his members have been blocked from getting a first hand view of the spill further along the river. However, he said they were able to use drones and saw that there was a large area where a hole was dug in the lagoon to drain the oil. 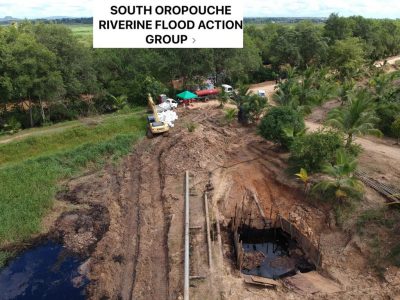 Moodie suspects that Heritage has yet to source the leak as fisherfolk in the community is still seeing spots of oil in the river.

On Monday, Heritage’s health, safety, security and environment manager Shyam Dyal said the company had completed 90 per cent of the cleanup. Dyal is also the incident management team commander.