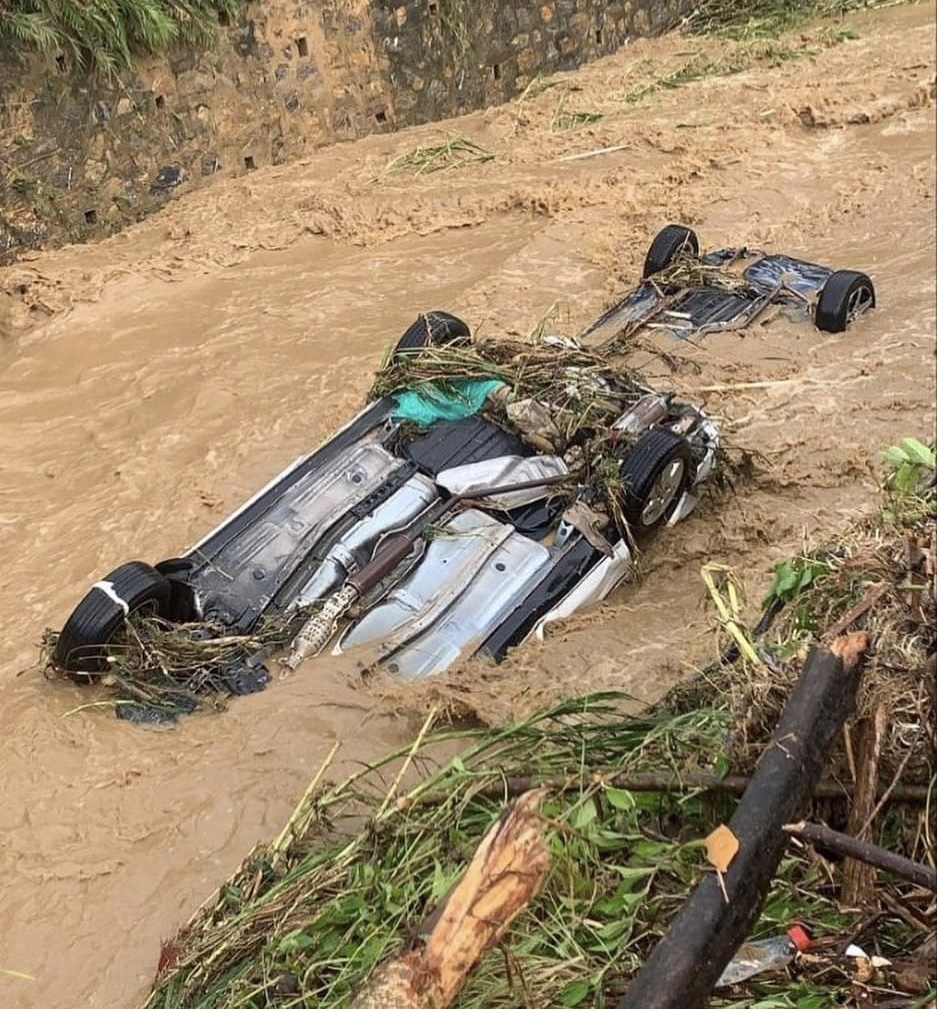 Heavy rainfall created multiple flash floods which left a trail of destruction across many parts of north and Northwestern Trinidad on yesterday afternoon. 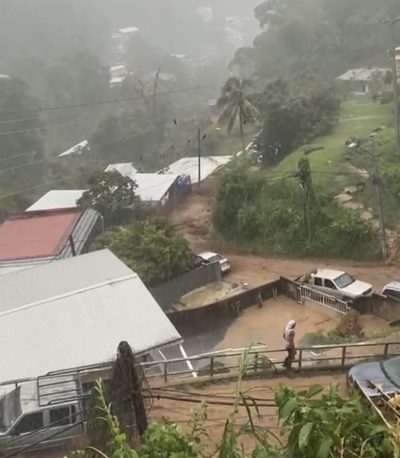 Roadways from Maraval to East Port- of- Spain were blocked by rapidly rising water, mud, tree limbs, rocks, and boulders, and debris including public utility poles. Flash flooding occurred in the Cascade River and the East Dry River, in Port- of- Spain, as well as the Maraval River. Roadways including parts of Saddle road turned into temporary dangerous water courses in Maraval, St. Ann’s, and Cascade that damaged numerous vehicles and sent at least two cars into the Cascade River. 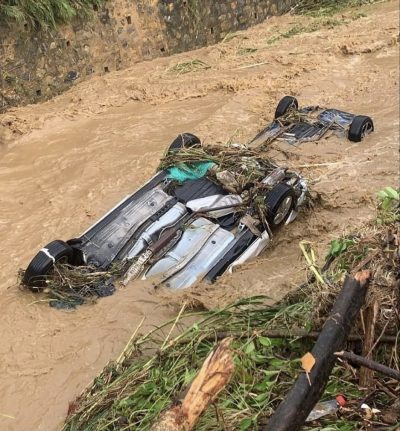 Between Carenage and Port- of- Spain, up to 75 millimeters of rainfall was recorded between 2,30 pm and 4.30 pm, and rainfall rates were in excess of 100 millimeters per hour.
The Ministry of Rural Development and Local Government has activated all municipal corporations across Trinidad to respond. Minister Kazim Hosein called on corporations to adopt an “all-of-corporation” approach. The ministry, activated municipalities and resources including equipment from the various municipal corporations, CEPEP, and the Ministry of Works and Transport have already been mobilized to assist with the clearing of debris and sediment caused by the heavy rainfall.

Loading...
Newer Post
Pulchan: Prison died from heart attack and covid
Older Post
5 foot Python bites man on genitals while he was sitting on the toilet.