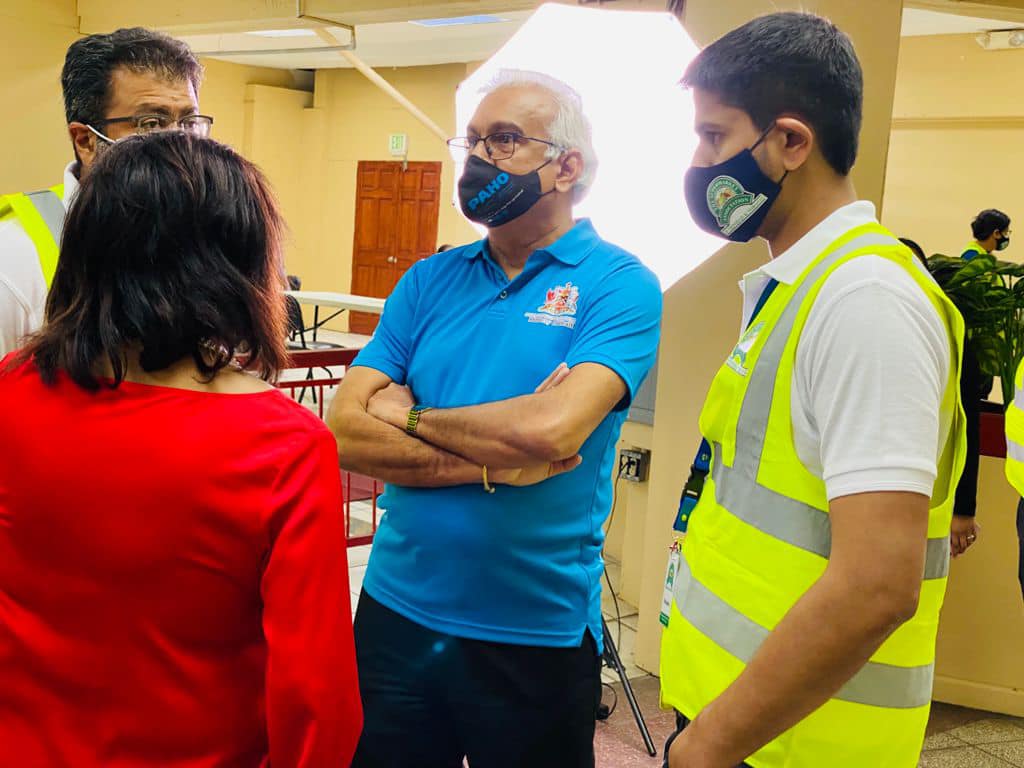 At a UNC press conference on Sunday, Moonilal alleged that the restrictions did not increase the infection rate but instead caused it to spike.

However, Deyalsingh, when asked to comment on it yesterday while at the Supermarket Association’s vaccination drive at Centre Point Mall, Chaguanas, said “The question is if you did nothing, more people will get ill so I don’t see the merit in his argument.”

Deyalsingh said “Everyone who questions the data never provides us with evidence that the data is incorrect, they just question it.”

Meanwhile, the minister revealed that priority is being given to provide vaccines to diabetics.

This follows a request made by the head of the diabetes association, Andrew Dhanoo.

Deyalsingh said a portion of doses will be made available for diabetics through the Supermarket Association’s mass vaccination programme.

He said, “Dhanoo has asked for a thousand doses in the first instance and those thousand doses dedicated to our diabetics under his association will be given to the Supermarket Association and we are working together to bring that degree of inoculation.”

The vaccines will augment the 4,000 doses being made available to supermarket workers and another 1,000 for those in the pharmacy sector.