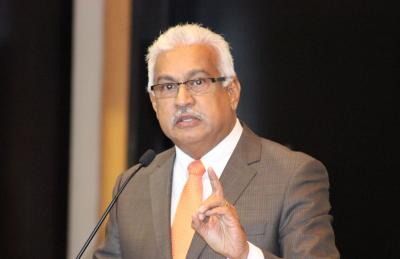 Minister of Health Terrence Deyalsingh has responded to the Opposition after they vocalized their concern with vaccination sites for children who are to receive their shots today.

Opposition Leader Kamla Persad Bissessar says the selection of sites is geographically discriminatory against large sections of the population and this will be an impediment for parents who reside in remote and marginalized areas.

She also disclosed that there were many schools that could have been used to ensure a more equitable distribution of sites for the nation’s children.

However Deyalsingh this morning told the Power Breakfast Show that there are several constraints that prevent the formation of more sites.

He said they are also constrained by the law.