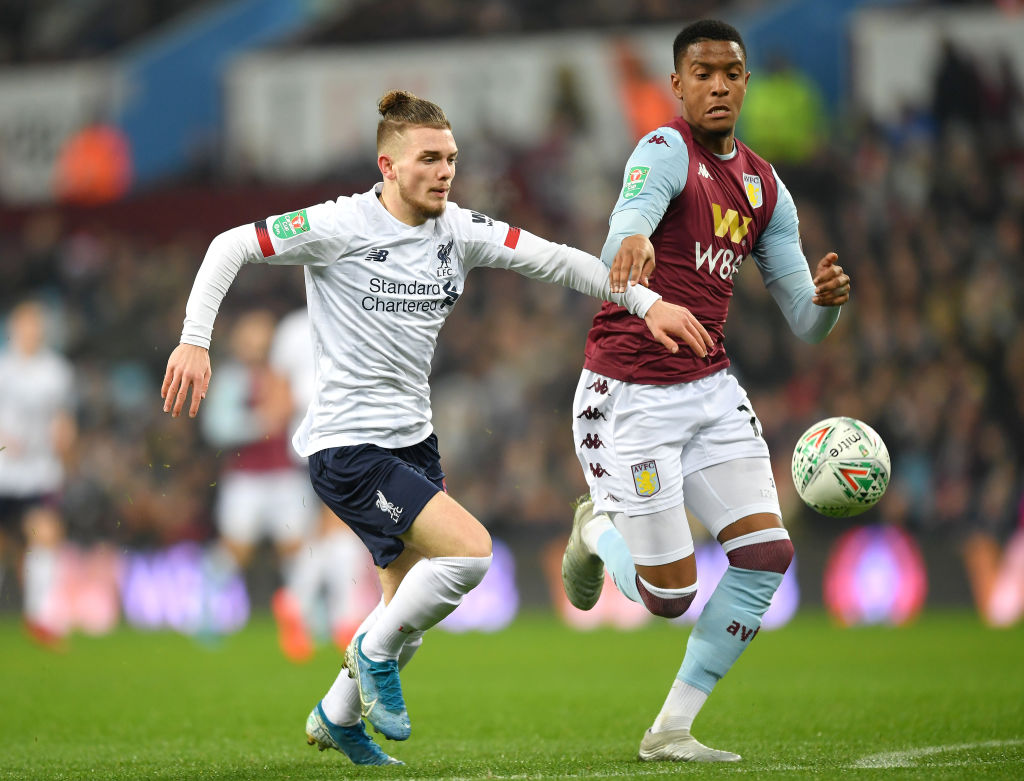 Harvey Elliott ‘not too far’ Away From Liverpool First Team

Liverpool’s 16-year-old midfielder Harvey Elliott is “not too far” away from making his mark on the first team, according to under-23s coach Neil Critchley.

Elliott showed why Liverpool signed him from Fulham in July, despite being on the receiving end of a 5-0 League Cup quarterfinal hiding from Aston Villa on Tuesday as the Reds fielded the youngest team in their history.

The England youth international impressed at Villa Park and only a brilliant save from Orjan Nyland denied him a goal.

Asked how close Elliott was to regular senior football, Critchley said: “He is not too far because he trains with the first team on a regular basis, so he has had first-team exposure already. The manager and the staff think a lot of him.

“I thought he was a constant threat, a really good outlet for us. He was reliant on others getting the ball to him, and I thought the service to him was top class as well.”

Critchley defended the club’s stance in fielding a line-up comprising all academy players, with the entire first-team squad on duty in Qatar for the Club World Cup.

“It’s what was decided by the club, that this was the best solution,” said Critchley.

“And try telling the players it was a bad thing for them. If you’d have come into our dressing room at the end, you would know the feeling those players have had.

“You can’t swap that experience for anything. It was a special evening for them.

“We’re the beneficiaries of the success of the first team, we’re jumping on the back of a rollercoaster a little bit, so it was what was decided.”

Defenders Ki-Jana Hoever and Sepp van den Berg and goalkeeper Caoimhin Kelleher, who all played against Villa, were all flying out to join Liverpool’s senior squad in Qatar.