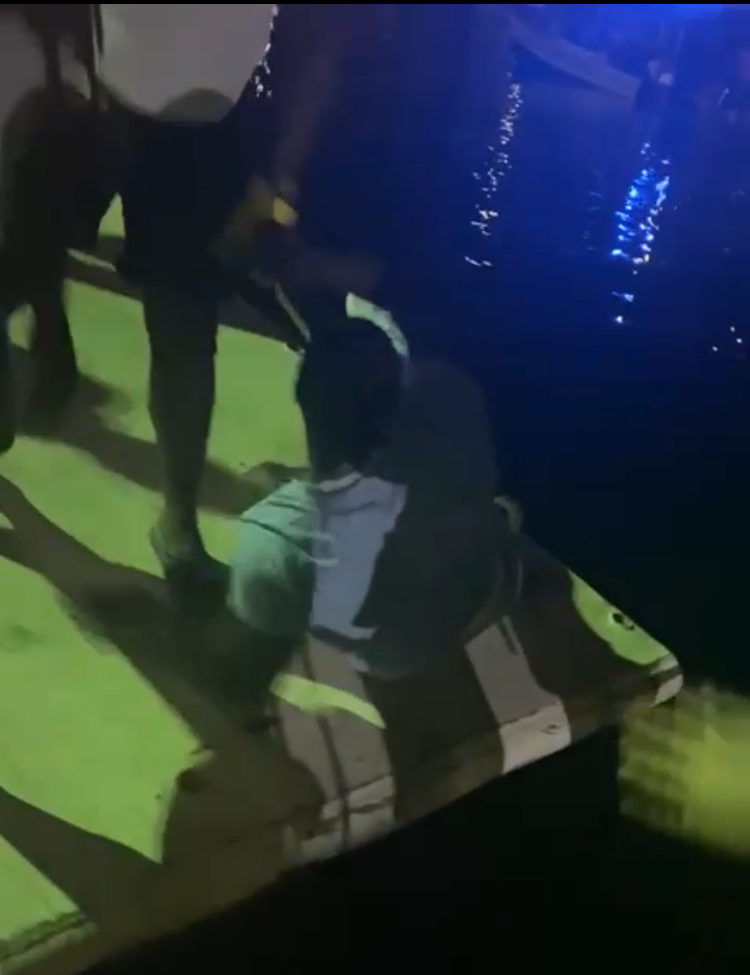 Captain of the MV Harbour Master, Noel Cooper, issued a statement regarding the incident involving several of his crew members and Grenada’s Javelin Champion Anderson Peters.

Cooper said Peters and his friends started the fracas by repeatedly refusing to leave the ship after a cruise; it is also alleged that Peters spat and assaulted the Captain.

Cooper documents the incident which took place on August 10th saying that while Peters is loved by Grenada he should be held accountable for his actions which led to the incident.

Cooper said he had just finished said his Recovery cruise and instructed his team to to prepare for the next sail which was scheduled at 8pm.

The Captain said he noticed his crew members trying to get a group of men to leave the ship.

Cooper said after he asked Anderson Peters to get off the ship, while walking back up the ramp he noticed the ship’s manager, Benjamin, was being attacked by one of Peter’s associates.

Cooper claims Benjamin was slapped across the face.

Cooper said at that point he and other crew members were actively trying to make all attempts to get the men off the ship – he said he was then spat on by Peters, who also began throwing punches at his face.

Cooper said in his statements that he nor his crew started the fight or altercation on the ship – he claims Peters was the aggressor and they were simply making every attempt to quell the situation and get the men off of the boat.

Cooper said the videos in circulation which shows Peters falling off the boat was not done by him or his team; but says Peters lost balance on the ramp during the scuffle and fell off.

Cooper further states that he has not been able to mentally deal with the situation as his team and himself had been placed in a bad spot by media reports which claim that crew members threw Anderson Peters off of the boat and into the water. 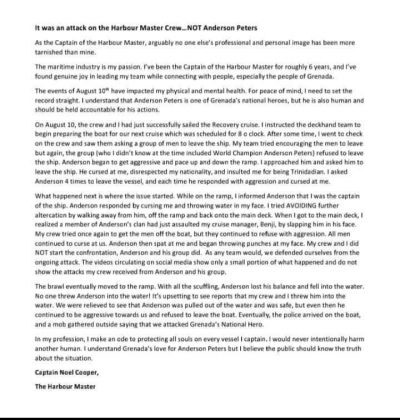