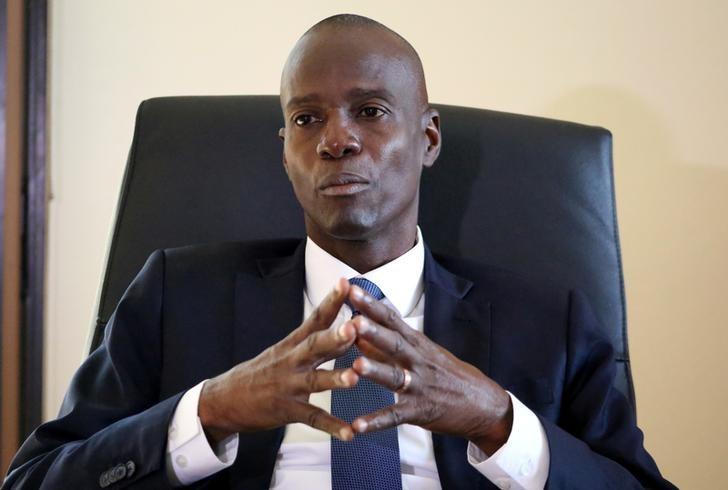 Embattled Haitian President, Jovenel Moise, says he has no plans of encouraging another 1986 incident: when then-president of Haiti Jean-Claude “Baby Doc” Duvalier fled the country following opposition-led demonstrations against his administration.

Moise, speaking for the first time publicly for nearly a week, said that it would be “irresponsible” on his part to step down in light of persistent demonstrations being staged by opposition parties for his removal from office amidst claims of corruption.

“It would be irresponsible on my part for me to stand here today, to sign and submit a letter of resignation and say ‘I am leaving’ and leave the country like this and the system regenerates itself,” Moïse told an impromptu news conference on the grounds of the National Palace.

The crisis in Haiti was triggered by the publication in January 2019 of a report on the Venezuela-funded PetroCaribe Oil initiative, under which Caracas provided oil and other petroleum products to Haiti under a preferential agreement.

Moise has denied any wrongdoing and last week named former prime minister Evans Paul to head a team that would hold discussions with all stakeholders and on Tuesday reiterated a call for the all stakeholders to meet to discuss a way forward.

“However long it takes, I am ready for dialogue. We don’t want to have another 1986,” he said, noting also that the economic situation in the country is also as a result of the failure to have his government ratified by the Parliament.

“Parliament spent eight months refusing to give us a government,” said Moïse, who came to office in 2017.

Moïse said Haiti is “worse off” than it was from 2004 to 2015, the years following the ouster of President Jean-Bertrand Aristide.

“You didn’t vote me to come fight with anyone. You voted me so that I could come fight against a system. It would be difficult for anyone who became president today to confront this system because it has the capacity to regenerate itself,” Moise said as he defended his term in office so far.

But opposition leaders have immediately rejected Moïse’s bid for talks, saying his offer was “not credible” and called for more street protests.

In a statement, the anti-corruption organization, Nou Pap Dòmi said Moise “must resign.

“He has no credibility and has long lost our trust. Our position remains the same: A corrupt president can’t govern our nation.”

“Mr. Jovenel Moise does not have the moral authority to attack the guards of the exclusionary system that we are fighting today because his election campaign was betrothed by these people,” Michel said, adding that during the 2016 elections Moïse “had at his disposal more economic means than all the other candidates together”.

Carnival Has Now Canceled All Cruises Through February 2021 0