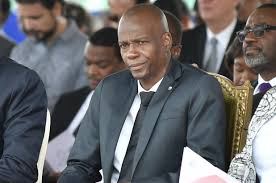 Haitian members of the lower house undertook Monday another attempt session to approve or to cancel a proposal presented by the opposition to impeach President Jovenel Moise. Yet the session, that began with a delay of six hours, was canceled by the president of the lower house, Gary Bodeau, for security reasons shortly after it started.

Dozens of Haitians gathered outside parliament to protest and manifest their dissatisfaction regarding the situation in the country, some of them threw stones towards the vehicles of the members of parliament.

The first session to debate the issue should have been held on Aug 7th but was suspended due to a lack of quorum and because the opposition was still seeking to obtain some thirty documents to support their accusations of “high treason” against Moise.

The opposition accuses the president of corruption, funds misappropriation, and more than 25 constitutional violations. Nevertheless, Moise has the support of the majority in both the Senate and the Chamber of Deputies, which entangles the efforts of the opposition to achieve their goals and to prove the accuracy of their accusations.

“We know that the majority can win,” said Abel Descollines, one of the opposition lawmakers, but he urged his colleagues to respect the Constitution and the legal procedures and rules of the lower house.

Before the first session attempt last week, a source close to the presidential palace who asked for anonymity told the press that even if the proposal of opposition representatives constitutes a right and a democratic exercise, there is little hope for the indictment of Moise as the majority in the house and senate remains “faithful [to the president].”

Meanwhile, Prime Minister Fritz William Michel, who was appointed by Moise after the resignation of Jean Michel Lapin in July, is ready to present his government plan but has first to wait for the ratification of his nomination by Parliament.

Moise on his part insists on the urgency of approving the new government and assured that the new administration will end the paralysis of recent months.

Since February, Haiti has been the scene of massive and deadly protests by demonstrators demanding the resignation of Moise and his administration amid major corruption allegations.

When the country was already dealing with a tense economic crisis and high inflation, a report was published accusing dozens of officials and heads of private firms of having embezzled US$2 billion from Petrocaribe, the cut-price-oil aid program that Venezuela offered to several Caribbean countries, among them Haiti.

The funds were meant to finance infrastructure development along with health, education and social programs across the impoverished nation.

The Carribean country of 11 million people has been struggling for decades to overcome extreme poverty along with widespread corruption. These last ten years were particularly harsh for Haiti, which went through one of the world’s deadliest earthquakes in 2010, an epidemic of cholera, brought in accidentally by United Nations peacekeepers, and Hurricane Matthew in October 2016.