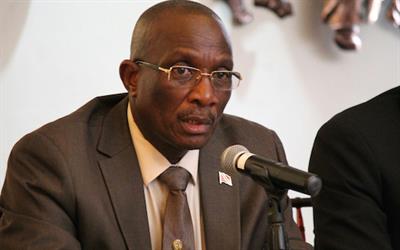 Chairman of the National Carnival Commission (NCC) Winston “Gypsy” Peters, has been hit with a pre-action protocol letter by the owner of the Divas Calypso Cabaret International.

The letter, dated February 19, was issued by attorney Martin George on behalf of Dr Rudolph Ottley, who is the owner of the all-female tent which has been performing for the past 18 years.

Ottley is calling on Peters to rescind the decision to exclude the Divas Calypso Cabaret International from all Taste of Carnival events.

George argued that the Divas Calypso Cabaret International has provided a forum via which female calypsonians can hone their craft in this male-dominated industry.

George argued that Peters was self-dealing and cited gender discrimination, nepotism and cronyism as the basis for the lawsuit,

He is threatening High Court action and the filing of an injunction if Peters fails to act in their favour.

Peters has until Tuesday to include the all-female tent in the Taste of Carnival line-up, or face High Court proceedings by way of application for judicial review and an injunction to rectify the situation.

A copy of the letter issued to Peters was also sent on to the Equal Opportunity Commission (EOC), “to investigate whether the National Carnival Commission as an institution, has an inherent bias and ingrained discrimination against Females.”

George wrote, “It is clear that our client and his Divas Calypso Tent have been the victims of Inequality of Treatment by the National Carnival Commission.”

George directed Peters to look at Section 4 and 4 (a) (b) and (d) of the Constitution of the Republic of Trinidad and Tobago Chapter 1:01.

Section Four outlines, “It is hereby recognised and declared that in Trinidad and Tobago there have existed and shall continue to exist, without discrimination by reason of race, origin, colour, religion or sex, the following fundamental human rights and freedoms, namely: (a) the right of the individual to equality of treatment from any public authority in the exercise of any functions …”

Peters inclusion of his own Back to Basics Calypso Tent in the Taste of Carnival line-up also drew heavy criticism from George. He said the Divas Calypso Cabaret International was established in 2004 as a non-governmental organisation.

Swizz Beatz and Timbaland are suing Triller for $28M 0

“Bear With Us”, Acting COP Urges Public Cooperation In Fight Against Crime 0